DigitalOcean, a global cloud provider aiming its services at developers, has announced the release of its object storage product, Spaces. Spaces would provide a scalable solution for addressing even the most complex storage needs. 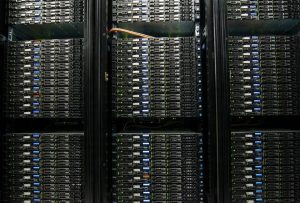 Spaces was born in response to thousands of requests from the DigitalOcean developer community, and comes after opening up early access to almost 90,000 users. The product would be well-suited for hosting web assets, acting as the origin for CDNs, storing user-generated content such as images and large media files, archiving backups in the cloud and storing logs.

“As cloud-based applications expand, both in volume and individual size, the importance of static assets from images to logs grows with them,” said Stephen O’Grady, Principal Analyst with RedMonk. “Digital Ocean’s addition of object storage with Spaces is intended to meet exactly this demand from users, in simple fashion.”

“Spaces is the most important product we’ve released since Droplet, the first SSD-based compute instance in the market,” said Ben Uretsky, CEO of DigitalOcean. “DigitalOcean is becoming the developer’s platform, providing storage, compute and networking capabilities to scale applications of any size. Despite the technical complexity of launching a product like this, we’ve worked incredibly hard to ensure Spaces maintains the same ease-of-use and effortless UI as our other products. We wanted to simplify the way developers can innovate so they can spend time building great software.”

Developers can manage all of their data from the DigitalOcean Spaces UI, “deploying in just a few seconds with minimal configuration effort and uploading multiple files to a Space with a quick drag-and-drop.” To make it easy to get started, Spaces works with many existing AWS S3 compatible tools. It is available to current customers as part of the existing suite of products and services.