DigiCert, a provider of Internet security solutions including identity and encryption for web servers and Internet of Things (IoT) devices, has been selected to host the Root CA for Aeronautical Mobile Airport Communication System (AeroMACS) – a wireless technology that has been validated by major international regulatory bodies to support the safety and regularity of flight. 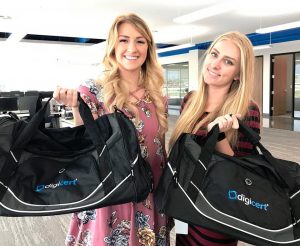 “AeroMACS provides a standardized, unified, and scalable security model for the aviation industry,” said Deepika Chauhan, Executive Vice President of Emerging Markets at DigiCert. “DigiCert PKI services will allow AeroMACS members, including aircraft, airports, ground services, and other authenticated members to securely communicate with each other.”

DigiCert is already well-engaged with other key AeroMACS stakeholders. “We’ve worked with DigiCert since about 2009, when we selected them as the Primary CA for WiMAX,” said Declan Byrne, President of WiMAX Forum. “We began with VeriSign, which became Symantec, and is now DigiCert, and in all that time, with those organizational changes, their PKI services were always available and we have experienced no security events to date. It was an easy decision to appoint them to host the Root CA for AeroMACS, and to make them the first CA for WiMAX Forum members to secure their AeroMACS networks. In addition to being the main sponsor for WiMAX Forum at the ATM World Congress, DigiCert funded and participated in the development of the main PKI documents that are now approved for AeroMACS – they are intimately familiar with what is needed for AeroMACS.”

DigiCert will be providing a no-charge environment for AeroMACS early adopters starting in late March.

Webinar Getting Content From Clients on Time, Without Email

How to create appointments in SmarterMail