Global cloud hosting services provider DigitalOcean, a company focused at developers and their teams has hired Mark Templeton as chief executive officer (CEO), effective July 1. Templeton is the former president and CEO of Citrix Systems and will also join DigitalOcean’s board of directors.

As the former president and CEO of Citrix Systems, Templeton helped grow the business from a $15 million organization with one product, one customer segment, and one go-to-market path, to a global industry leader with more than 100 million users and annual revenue of over $3 billion.

“When we first founded DigitalOcean, we did so with a single focus: to make the lives of developers easier,” said Ben Uretsky, founding CEO, DigitalOcean. “With this vision, we’ve become one of the largest and fastest-growing cloud providers in the world, with a $200 million run rate and a community that is more than 3.5 million developers strong. As we enter into our next chapter, I am confident Mark is the right leader to inspire and scale our team, accelerate and grow our business, and most importantly, uphold our commitment to our customers and the developer community at large.” 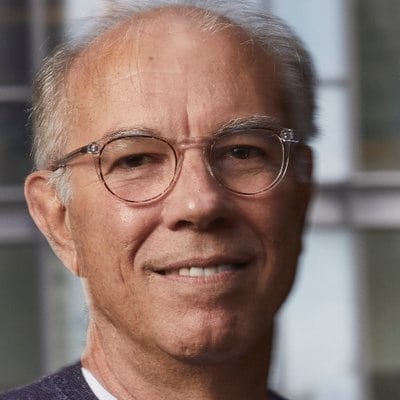 Mark Templeton joined Citrix Systems prior to its initial public offering and served in a leadership capacity throughout his 20 plus years with the organization. Under his leadership, Citrix earned multiple “best places to work” awards, while Mr. Templeton himself was honored with several awards including a coveted spot on Glassdoor’s Highest Rated CEOs list in 2013.

“Ben and his team have carved out a unique position in the $153.5 billion public cloud services market¹ by delivering the industry’s simplest cloud computing platform and building one of the world’s largest developer communities,” said Mark Templeton, incoming CEO, DigitalOcean. “I am inspired by the team’s passion and innovative culture, and by the enthusiasm of the developers and teams who rely on DigitalOcean’s products. It is an honor to join DigitalOcean as CEO to help lead the company during this next phase of growth.”

Mark Templeton is a CEO mentor and an early-stage investor in a variety of new technology areas. He is chairman of the board of both Instart Logic and Adaptive Insights, and serves on the board of directors for Equifax, Keysight Technologies and Arista Networks. Templeton holds a Bachelor of Arts in product design from North Carolina State University’s College of Design, and a Master of Business Administration from the University of Virginia’s Darden School of Business.

Founded in 2012, DigitalOcean is approaching $200 million in run rate and has a community of 3.5 million developers with 12 data centers across the globe. In addition to its headquarters in New York, DigitalOcean has an office in Cambridge, Massachusetts, and remote employees around the world.

EnterpriseDB Brings Its Postgres Cloud Database to the AWS GovCloud (US)...

How to use the Log Analytics scope in Azure Monitor