Made-in-China.com, a global trade ecommerce company, has grown its website traffic over 2,000 percent in eight years using the Rackspace Managed Cloud portfolio. Made-in-China utilizes Rackspace’s dedicated servers as part of its managed cloud offering, meaning the company has full control over its servers while also enjoying high levels of speed and performance.

Made-in-China.com, operated by Focus Technology Co. Ltd., began working with Rackspace in 2006 and since then its website traffic has prospered, growing from 1 to 2 million yearly visitors in the beginning to between 25 to 35 million today. According to Made-in-China, revenues have also increased from 43 million RMB annually in 2006 to approximately 500 million RMB a year today. 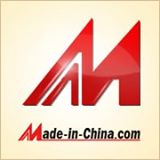 In the eight years that Made-in-China has worked with Rackspace, the company’s infrastructure has grown significantly, from just two servers in 2006 to a total of 23 servers hosted in the U.S., as well as seven cloud servers hosted in Hong Kong.

“As an ecommerce company that connects worldwide buyers with Chinese suppliers, it is critical that we provide a user-friendly and quality experience to our customers around the world,” said Tao Yan, IT Manager, Made-in-China.com. “With our previous provider, there were many instances of downtime as well as a lack of real-time support. However, with Rackspace our experience has been completely different.”

“We chose Rackspace for a variety of reasons, such as its dedicated server hosting services, its 24×7 customer service, known as Fanatical Support, and an experienced team capable of managing our IT smoothly and efficiently,” added Tao Yan. “Because of the company’s support, we’ve been able to focus on growing our business year-over-year, as opposed to investing our time handling IT issues, as we did with our previous provider.”

“Rackspace’s global footprint, especially in Europe and the U.S. where most of our traffic originates, puts us closer to our customers,” said Tao Yan. “As a result, page-loading times are extremely fast. Instead of waiting for a webpage to appear, our users around the world can enjoy satisfying, real-time web browsing experiences.”

Joining, Aggregating, and Visualizing ESG Data in the AWS Cloud