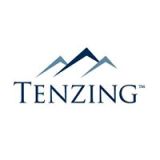 In meeting and passing these standards, Tenzing has been issued both a Report on Compliance (ROC) and an Attestation of Compliance (AOC). This latest certification follows Tenzing’s recent announcements regarding managed services for the AWS cloud hosting platform and its partnership with Magento.

“Tenzing’s investments in security and adherence in being compliant and third-party audited against standards like PCI-DSS, reduces the cost and burden for our merchants to be compliant by reducing the scope for their annual PCI-DSS compliance,” said Ali Shahidi, Director of Information Security at Tenzing. “In addition, our AOC now covers merchants that we deploy on Amazon Web Services (AWS).”

“We are witnessing greater acceptance of Infrastructure-as-a-Service public clouds like AWS by merchants,” said Raj Atwal, Vice President and General Manager eCommerce, Tenzing. “We have been working diligently to extend our PCI-DSS compliance beyond our own datacenters to meet the needs of these merchants so they can benefit from public cloud hosting environments and yet ensure they meet the PCI-DSS standards, ultimately providing consumers the confidence to shop at their online channel.

A few months ago, the Toronto, Canada based hosting provider announced its expansion into Europe where it has begun delivering their ecommerce hosting services from London.