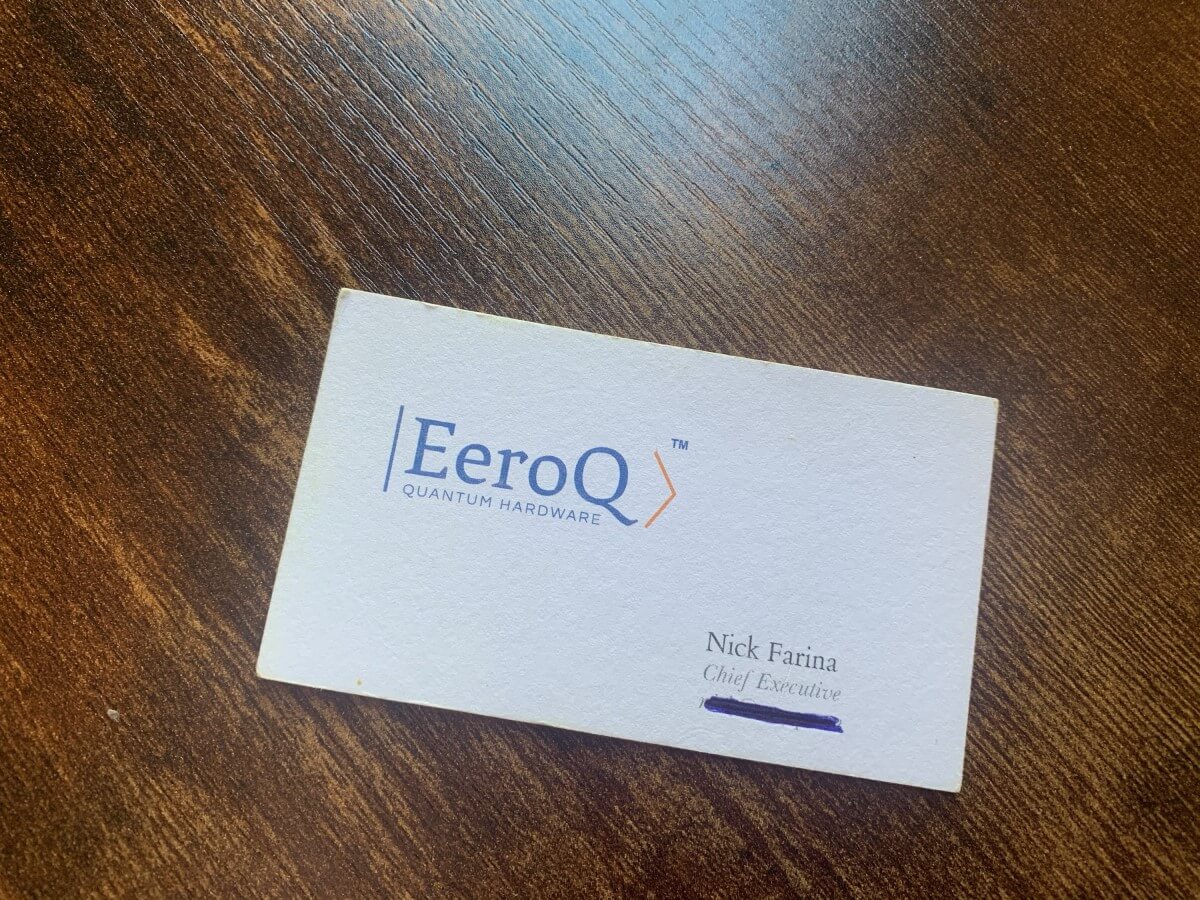 After five years of R&D, EeroQ, a company that designs quantum computer (QC) chips, has now raised $7.25 million in its first round of institutional funding, which was led by multi-stage investment firm B Capital’s Ascent Fund. EeroQ claims its quantum computing system to have far fewer moving parts than other types of quantum computing designs which would give them a significant advantage in capital efficiency and time to scale.

“Since our founding in 2017, we were always thoughtful in how we grew EeroQ, and now was the right time to find a top tier institutional capital partner. We didn’t want to rush what we believed was a special and unique product,” said Nick Farina, Chief Executive Officer (CEO) at EeroQ. “The small size of our devices allows us to be competitive with all other efforts in a dramatically more capital efficient way. Our system has far fewer moving parts than other types of QC designs, and that gives us a huge advantage in capital efficiency and time to scale.”

Quantum computers are the next generation of supercomputers, and may allow for breakthrough discoveries in key areas such as pharmaceutical development, material science, finance, and many other areas. Building a quantum computer is a huge undertaking that no business or academic organization has not been met by any any company or academic institution thus far. To help quantum computing reach the market sooner, EeroQ’s design would offer the following major benefits:

Ascent Fund II, B Capital’s first early-stage fund specifically, led the fundraising round. With a $250 million closing in July, Ascent wants to support international business owners as they drive the subsequent wave of innovation.

“B Capital’s Ascent Fund is very excited to be able to invest in EeroQ, which is building with a different approach to QC than we’ve seen elsewhere in the market,” said Dr. Howard Morgan. “It offers far greater scalability than other technologies, which, if achieved, would dramatically hasten our ability to solve giant real-world problems and improve the lives of people around the world.”

EeroQ has furthermore become a key advocate for the early adoption of moral standards in the creation of such a potent future technology in the quantum computing sector. Faye Wattleton, a co-founder of EeroQ and a well-known expert in board governance and public policy, has been in charge of this project. In order to promote early ethical considerations, EeroQ has conducted research on ethical frameworks for responsible usage beginning in 2018.

“In many other technologies, governance has been an afterthought,” said Faye Wattleton. “But in this field, we have a chance to engage in multidisciplinary ethical thinking ahead of major impact.”

The investment announcement is the most recent achievement for EeroQ, which has just finished its 9,600 square foot state-of-the-art facility in Chicago and appointed Princeton Electrical & Computer Engineering Professor Steve Lyon as CTO.

After choosing Chicago as its HQ, Chicago Mayor Lori Lightfoot said earlier this year that “Chicago is primed to become a major hub for quantum technology thanks to a number of notable investments which will have long term benefits for our entire region. Thus, in choosing to operate on Chicago’s West Side, EeroQ will not only be well-positioned to capitalize on the many opportunities that quantum technology will drive, but also help to revitalize communities in need.”

Deep Dive: What is My IT Infrastructure Really Costing?