EMC Corporation (NYSE: EMC) has announced RackHD, a platform-agnostic technology stack designed to solve an industry-wide challenge of managing and orchestrating server and network resources in data centers at hyper-scale.

EMC’s RackHD software offers hardware management and orchestration (M&O) that automates discovery, description, provisioning and programming across a broad range of servers today and a roadmap to add networking devices in the future.

Modern data centers are a mix of multi-vendor storage, networking and servers with an increasing variety of Commercial Off-the-Shelf (COTS) hardware being used for powering hyper-scale use cases. Installing low-level operating systems or updating firmware and BIOS across numerous devices is already a cumbersome manual task for data center engineers and becomes orders of magnitude more difficult and costly at hyper-scale. EMC RackHD was created to automate and simplify these fundamental tasks across a broad range of data center hardware.

Developers can use the RackHD API as a component in a larger orchestration system or create a user interface for managing hardware services regardless of the underlying hardware in place. It is designed to help organizations accelerate deployment of modern (Platform 3) applications that rely on large numbers of commodity servers and heterogeneous infrastructure.

A detailed list of features is available on the RackHD Project community page on GitHub: https://github.com/RackHD. 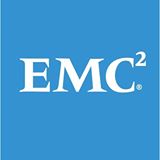 Additionally, the CoprHD Community has released its first update, CoprHD 2.4. CoprHD is open source storage automation software that centralizes and transforms multi-vendor storage into a “simple and extensible” platform. The CoprHD Community made its first official release with CoprHD 2.4 to include new features, projects, community contributors and a new licensing switch to Apache License, Version 2.0.

The new release expands the scope of CoprHD to include EMC ECS object storage, as well as a new REST API for EMC XtremIO 4.0 software. A detailed list of features and supported platforms is available on the Project CoprHD community: https://coprhd.github.io/

Lastly, EMC also announced new updates to Project REX-Ray, its open source storage orchestration engine for use with containers provided by Docker, Mesos and others. REX-Ray is an open source project driven by EMC that would deliver persistent storage access for container runtimes including those provided by Docker, Mesos and others. It is designed to enable advanced storage functionality across common storage, virtualization and cloud platforms.

The 0.3 release of REX-Ray contains a variety of new updates through community contribution including expanded storage platform support for GCE (Google Compute Engine) as well as EMC Isilon and EMC VMAX storage systems. Additionally, REX-Ray has been updated with a pre-emptive volume mount function that enables the host to reassign mounted volumes from non-responsive hosts. This ensures applications maintain access to persistent storage.

“RackHD, CoprHD and REX-Ray are technologies that address significant challenges in the Software-Defined data center,” said John Roese, Senior Vice President and CTO, EMC Corporation. “We hope that by making these technologies open and accessible that our collective efforts with the development community will benefit a broad range of organizations and applications.”

1&1 Customer Service is always there for you!

3 Ways not to fail your cloud server migration | SherWeb...