With EMC’s VxRack System, customers would be able to deploy an enterprise-grade cloud-native IaaS in just a few days with built-in automation as well as dynamically provision resources for the first time in less than one hour.

In addition, the software automation layer enables simple ‘day two’ operations including monitoring and reporting, single click software upgrades, and single vendor support of these open-source, cloud-native IaaS and data stacks, automating what customers have discovered is a complex changing ecosystem and operational tasks that require rare and deep expertise. 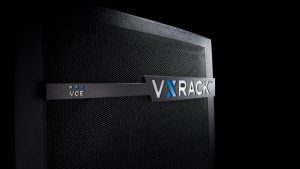 The EMC VxRack System with Neutrino Nodes is a foundation for multiple cloud-native services including OpenStack, VMware Photon Platform, and Apache Hadoop. VxRack System with Neutrino Nodes also serves as one of the underlying IaaS options for the new EMC Native Hybrid Cloud (NHC) platform. NHC is an engineered turnkey platform that would deliver developer and infrastructure services in as few as two days.

“Organizations need to drive out costs associated with IT and one of the best ways to do this is to buy vs build infrastructure,” said Colm Keegan, Senior Analyst, ESG. “The VxRack System 1000 Series with its choice of optimized nodes is making it possible for more workloads to run on engineered systems so IT organizations can spend their time delivering new services and applications that drive the business. The new Neutrino Nodes are bringing the simplicity, predictability and speed to cloud native IaaS environments.”

In addition to the new Neutrino Nodes, EMC provides FLEX Nodes and SDDC Nodes that are optimized for specific workloads:

Regardless of the type of Node deployed, a VxRack System is designed to provide customers an accelerated time to market for new services and applications, and reduced IT complexity to deliver speed, agility and security. The EMC VxRack System would provide the following:

“Our plan was to build our own test and development platform for continuous integration until we learned about the VxRack with Neutrino Nodes and how it will reduce time, risk and costs associated with this project,” said Lance Albertson, Director, Oregon State University / Open Source Lab. “Having an OpenStack approach based on the VxRack System will dramatically enhance the lab’s ability to provide cloud-native services with the agility, scale and reliability we need to truly embrace digital transformation.”

Jelastic + IBM – The Best Solution on the Market