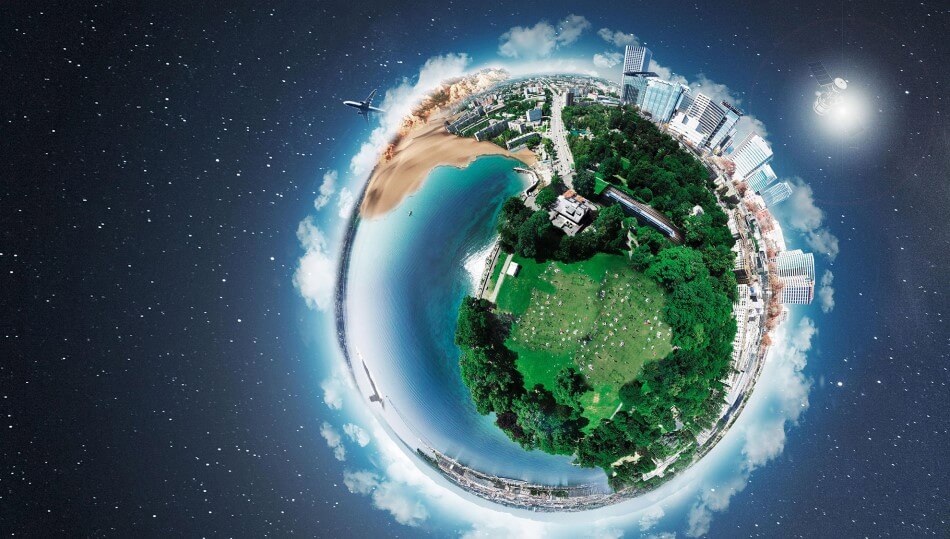 Ericsson, French aerospace company Thales, and wireless technology innovator Qualcomm Technologies are planning to take 5G out of this world and across a network of Earth-orbiting satellites. Their 5G non-terrestrial networks could help to provide complete global 5G coverage – including areas currently not served by terrestrial networks.

After having each conducted detailed research, which included multiple studies and simulations, the parties plan to enter smartphone-use-case-focused testing and validation of 5G non-terrestrial networks (5G NTN).

The result could effectively mean that a future 5G smartphone could use 5G connectivity anywhere on earth and provide complete global coverage for wideband data services, including places normally only covered by legacy satellite phone systems with limited data connectivity capabilities. Initial work in France would be to test and validate 5G NTN to gain leverage from the satellite and ICT ecosystem.

The benefits of 5G connectivity via low Earth Orbit (LEO) satellites are expected to include coverage in extreme geographies or remote areas across seas, oceans and other locations where terrestrial coverage is absent. Such widespread connectivity would boost 5G smartphone subscriber roaming service capabilities, as well as enabling global connectivity for transportation, energy and health sector 5G use cases.

The space-based network could also be used as back-up support to terrestrial networks in the event of major network outages or disasters. The expected security capabilities of 5G NTNs mean that national government communications may be a main use case, to enhance safe and secure national security and public safety government networks.

“This 5G satellite testing and validation cooperation between Ericsson, Thales and Qualcomm Technologies will be a major milestone in the history of communications,” said Erik Ekudden, SVP and CTO at Ericsson. “The ultimate result could effectively mean that no matter where you are on Earth – in the middle of an ocean or the remotest forest – high-end, secure and cost-effective connectivity will be available through collaborative 5G satellite and terrestrial connectivity.”

The testing and validation by Ericsson, Qualcomm Technologies, and Thales following the March 2022 go-ahead by 3GPP – the global telecommunications standards’ body – is intended to support non-terrestrial networks for the first time.

The goal of the testing will be to validate various technology components needed to enable 5G non-terrestrial networks, including a 5G smartphone, satellite payload and 5G network pieces on the ground.

This work also aims to validate that 5G NTN can be supported in a smartphone form factor allowing tomorrow’s 5G smartphone to effectively become a satellite-phone. Initial tests will take place in an emulated space environment in France, where the majority of European space-focused industry is based.

“The deployment of 5G networks marks a step change for the telecoms industry. It is a game changer, not only in terms of business opportunities but also in the skills required to connect and protect billions of people and things,” said Philippe Keryer, EVP, Strategy, Research and Technology, Thales. “Thales is deeply involved in it through the different activities of the Group. The research collaboration with Ericsson and Qualcomm Technologies will demonstrate the belief of our companies that 5G non-terrestrial Networks will contribute to this revolution and will take network resiliency and security to the next level. ”

“For 5G to fulfill on the promise of ubiquitous connectivity, it is imperative that it can also deliver network coverage in areas where terrestrial cellular networks do not exist, whether that be over oceans or in remote areas,” said John Smee, SVP of Engineering at Qualcomm Technologies. “Our planned research with Ericsson and Thales will kick off an important step in making this vital technology a reality. We are looking forward to what this collaboration can accomplish.”

Ericsson plans to verify a 5G virtual RAN (vRAN) stack, modified to handle radio signals propagating (what happens to 5G radio waves travelling through the vacuum of space and the Earth’s atmosphere) via the fast-moving LEO satellites.

Experts will use ground-based equipment to emulate the 5G radio propagation and time delays between an equipped satellite in orbit and connecting a 5G smartphone with the 5G radio access network at different places on the Earth’s surface.

“While it is too early to say when any resulting 5G equipped prototype satellite could be launched into orbit for real operational use, the highly technical ground-based testing and validation work planned between Ericsson, Thales and Qualcomm Technologies is key to making it happen,” added Mr. Ekudden.

As a 3GPP-backed technology, 5G NTNs will be able to capitalize on a large ecosystem of standardized products and components. The new specification also enables the inclusion of NTN technologies in 5G devices, providing opportunities for technology vendors to easily and quickly scale 5G NTN compatibility across devices.

How to Upgrade/Update WordPress