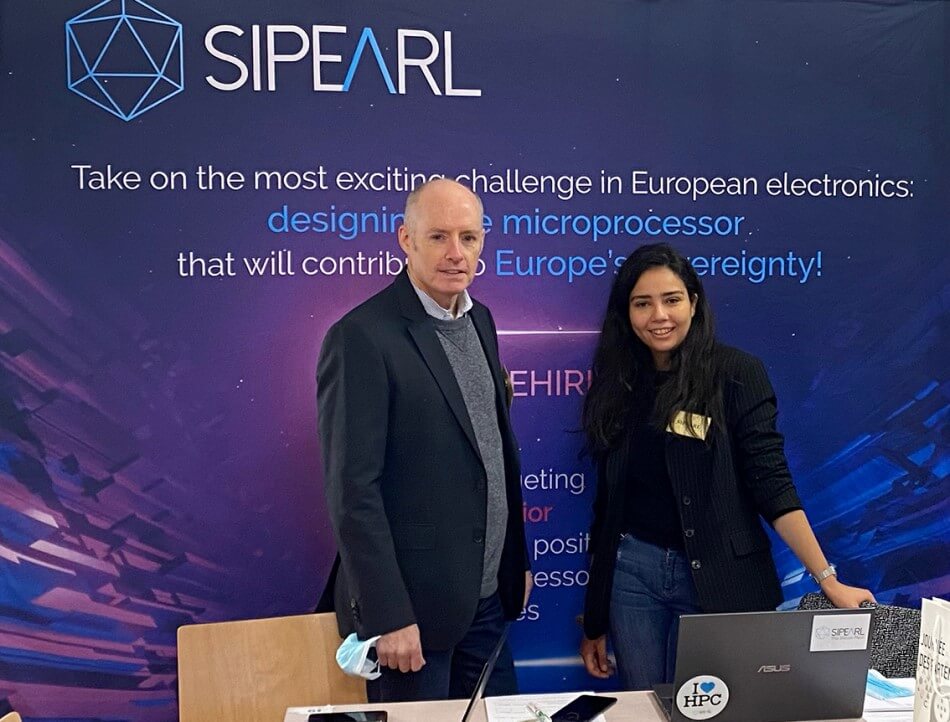 Nvidia and HPE are launching a collaboration with SiPearl, a company that is working on a microprocessor for the first exascale supercomputers to be built in Europe. The new collaboration involves HPE’s end-to-end HPC systems and SiPearl’s Rhea CPU to develop and deliver exascale-era technologies in Europe and strengthen the continent’s digital sovereignty.

SiPearl has also signed a strategic partnership agreement with NVIDIA for combined technological and business development, with the goal of combining the hardware and software portfolios of both organizations.

The collaborations are part of a larger effort and strategy led by the EuroHPC, a collaboration between the EU, European countries, and industry technology partners that began in late 2018 with the goal of coordinating and combining resources to develop pre-exascale and exascale supercomputers in Europe and position the continent as a supercomputing leader. Furthermore, by implementing cutting-edge supercomputing systems, European organizations may support national open research initiatives that will benefit humanity in fields such as drug development, climate modeling, and sustainability.

“The exascale era will enable us to achieve new breakthroughs in science and engineering by taking advantage of performance and the integration of new processors. SiPearl’s technology represents a leap forward in compute performance, while increasing power efficiency, which is critical for many of our customers,” said Justin Hotard, executive vice president and general manager, HPC & AI, HPE. “In addition to our recent investments in a new HPC factory in Czech Republic and an AI cluster, dedicated to research, in Grenoble, France, our partnership with SiPearl is another demonstration of HPE’s ongoing commitment to support Europe’s mission to deliver world-class supercomputing that extends its sovereignty and competitiveness on the global stage.”

HPE and SiPearl will supply a comprehensive set of sophisticated HPC and AI capabilities by merging SiPearl’s Rhea with HPE’s supercomputing solutions, utilizing the forthcoming European CPU. These technologies include HPE Slingshot capabilities for high-performance networking, as well as the HPE Cray Programming Environment for a powerful software compiler and programming stack.

The partnership would also illustrate the rising relevance of establishing heterogeneous computing systems, which incorporate a growing ecosystem of Arm-based processors, such as SiPearl’s Rhea, to give supercomputing choices that are both cheaper and more energy efficient.

“We are excited about this business and technology partnership with the HPC industry leader, HPE, which has just announced plans to build its first HPC factory in Europe,” said Philippe Notton, CEO and founder of SiPearl. “With the integration of our Rhea HPC microprocessor into the HPE portfolio and the creation of a joint center of excellence in Europe to enable the adoption of our combined solution by supercomputer end-users, we will drive innovation in the exascale era.”

Additionally, the agreement will bring combined HPE and SiPearl solutions to HPE’s Center of Excellence (CoE) in Grenoble, France, which is home to France’s semiconductor research, allowing users to test and improve their products for market on a local level. More than 300 engineers work at the CoE, which also has a lab with experts in fields like energy, medicine, biotechnology, semiconductors, micro and nanotechnology, and nanoscience.

NVIDIA and SiPearl will work together to create a proxy platform for porting and SVE workload analysis that combines the strengths of the SiPearl CPU (such as HBM memory) and the NVIDIA GPU (such as huge parallelism and throughput). In opensource and research-oriented modeling tools, the partnership will involve coordinated work with third-party European research institutes on features such as SoC and NoC simulation capabilities.

On the software side, NVIDIA and SiPearl will collaborate closely with many European Centres of Excellence to accelerate the development and expansion of the Arm HPC ecosystem. SiPearl and NVIDIA will collaborate on the hardware side to ensure that the NVIDIA accelerated computing and networking portfolio continues to perform flawlessly with SiPearl ‘Rhea’ and future CPUs.

The ecosystem of acceleration solutions available in conjunction with SiPearl HPC microprocessors will be expanded as a result of this partnership with NVIDIA. SiPearl now has a broader range of partner acceleration options as a result of our collaboration. The goal is to provide the best possible combinations to suit the application demands of the European HPC community in academics, artificial intelligence, health, environment, energy, engineering, geology, and government.

“HPC research has the potential to transform society with beneficial discoveries,” said Marc Hamilton, vice president of Solutions Architecture and Engineering at NVIDIA. “NVIDIA is collaborating with SiPearl, a leading innovator using Arm based CPUs to integrate NVIDIA accelerated computing and equip HPC researchers with the extreme performance demanded by next-generation applications to fuel these discoveries.”

Build a Tech Brand During Covid in Emerging Tech Ecosystems

Digital Transformation through the Power of Microsoft Azure Stack and Cisco...