OVH, a French company that has 270,000 servers (!!) deployed within 20 data centers across five countries in North America, Europe, and Asia Pacific, has received support from its banking pool in the form of a EUR 400 million RCF line of credit. This new investment would permit OVH to follow its global expansion strategy. 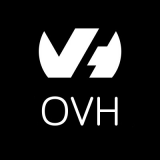 The OVH group delivers its cloud services (private, public and hybrid) to more than one million customers worldwide and generated revenues of close to EUR 400 million in 2016/2017. OVH’s global expansion strategy began in autumn 2016 with the entry of KKR and Towerbrook to its capital with a EUR 250 million investment. The European cloud giant had announced an ambitious development and investment plan, worth EUR 1.5 billion.

OVH has already begun the execution of its global expansion plan, notably with the opening of data centers in new geographical zones: a total of three data centers are now located in Australia, Singapore and Poland, with a fourth and a fifth under construction in Germany and the United Kingdom. In the United States, where OVH launched a new company in 2017, two additional data centers will also be available soon.

, indicated: “This new financing provides us with an increasingly robust banking pool, renewing its confidence in the group’s international strategy and positioning,” said Nicolas Boyer, Chief Financial Officer (CFO) of the OVH group. “In addition, the entry of US investment bank JP Morgan into this pool reflects our position as a global player in cloud computing. We will continue to implement our strategic plan through international deployment, consolidation of our position in the digital market, acceleration of our growth among enterprise customers and by reinforcement and structuring of our organization to take full advantage of market opportunities.”

The Best Web Hosting Deals in the UK

IBM to Double Workloads on SAP HANA on a Single Server