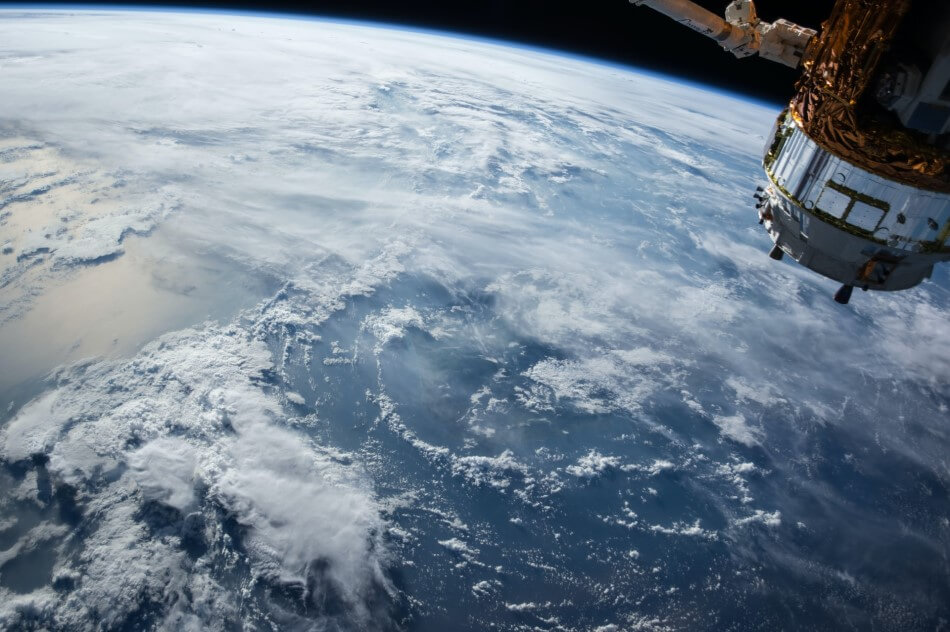 A Memorandum of Understanding was signed by senior OneWeb shareholders and Eutelsat Communications with the intention of combining both businesses in an all-share transaction to create a dominant worldwide leader in satellite connectivity. OneWeb’s constellation of 648 Low Earth Orbit satellites, of which 428 are currently in orbit, will be combined with Eutelsat’s 36-strong fleet of GEO satellites.

The potential deal would build on the growing partnership between Eutelsat and OneWeb, which was first evidenced by Eutelsat’s acquisition of a stake in OneWeb in April 2021, the two companies’ announcement of a global distribution deal in March 2022, and now signing of this exclusive commercial partnership aimed primarily at the European and global cruise markets.

OneWeb shares would be exchanged for freshly issued Eutelsat shares as part of the transaction’s structure. This does not include the ‘Special Share’ in OneWeb that the UK Government has kept, together with the existing rights attached to it. Shareholders of OneWeb would receive 230 million newly issued Eutelsat shares, or 50 percent of the company’s increased share capital. The transaction would value OneWeb at $3.4 billion.

“I am delighted to announce this new and significant step in the collaboration between Eutelsat and OneWeb. Bringing together our two businesses will deliver a global first, combining LEO constellations and GEO assets to seize the significant growth opportunity in connectivity, and deliver to our customers solutions to their needs across an even wider range of applications,” said Dominique D’Hinnin, Chairman at Eutelsat. “This combination will accelerate the commercialization of OneWeb’s fleet, while enhancing the attractiveness of Eutelsat’s growth profile. In addition, the combination carries significant value creation potential, anchored on a balanced mix of revenue, cost and CAPEX synergies. The strong support of strategic shareholders of both parties is a testament to the huge opportunity that this combination offers and the value that will be created for all its stakeholders. This is truly a game changer for our industry.”

“Having played a pioneering role in providing connectivity in the emerging world, I am excited about the possibilities of connecting the unconnected. The combination of Eutelsat and OneWeb represents a significant development in that direction as well as a unique GEO/LEO combination,” said Sunil Bharti Mittal, Executive Chairman at OneWeb. “The positive early results of our service together with our strong pipeline represent a very exciting opportunity in the fast-growing satellite connectivity segment, especially for customers requiring a high speed, low latency experience. Our customers are actively seeking a combined GEO/LEO offering leading us towards this important step. Bharti, as the lead shareholder of OneWeb, along with other key shareholders, is looking forward to playing a meaningful role in providing expanded connectivity through the combination of OneWeb and Eutelsat.”

Eutelsat and OneWeb will focus on the sizable connectivity market opportunity, which is driven by the expanding demand for constant, reliable access among consumers and businesses alike. By 2030, both market categories are expected to have grown by three and five times, respectively, and will have a combined market value of around $16 billion. Both GEO HTS and LEO capacity will be able to accommodate this expansion.

Additionally, combining the network density, strong economics, and high throughput of GEO with the low latency and widespread availability of LEO would produce the best solution to satisfy an even broader range of customer needs, hence extending the market that can be served.

OneWeb and Eutelsat’s business operations are highly complementary. With the use of a single platform, hybrid terminals, and a fully mutualized network, a clear development roadmap has been created to gradually create a complementary GEO/LEO service. This would give clients access to a variety of services and a smooth user experience.

“Our initial investment in OneWeb was underpinned by our strong belief that the future growth in connectivity will be driven by both GEO and LEO capacity. This belief has intensified as our relationship with OneWeb has deepened, first by raising our stake in the company, and then with the global distribution agreement signed a few months ago,” said Eva Berneke, Chief Executive Officer (CEO) at Eutelsat. “We are now moving to the next level, with a full combination that will ensure the potential of the GEO/LEO integration is fully realized, supported by compelling financial, strategic, and industrial logic. This ground-breaking combination will create a powerful global player with the financial strength and technical expertise to accelerate both OneWeb’s commercial deployment, and Eutelsat’s pivot to connectivity. The combined entity will be geared towards profitable growth, with strong medium-term cash flow generation and a rapid deleveraging driven by strong forecast EBITDA growth. The benefits for our customers and strategic partners, who are at the center of our strategy, are both significant and unique. This is also a very exciting opportunity for our employees who will be key to the success of this transformation.”

OneWeb and Eutelsat together are expected to produce significant value:

After four years, it is expected that average annual revenue synergies will be over €150 million, with hybrid GEO/LEO products offering clients a premium service and raising the fill rate.

After five years, it is anticipated that organizational synergies will produce annual run-rate savings of approximately €80m pre-tax, mostly through the elimination of cost duplication.

From year one, CAPEX optimization is anticipated to produce average savings of about €80 million annually. By utilizing the hybrid GEO/LEO satellite infrastructure and the increased purchasing power of the combined organization, this would be accomplished.

“Just 20 months ago, OneWeb resumed its mission to connect the unconnected and remove the barriers to connectivity that hold back many of the world’s underserved economies and communities. Since then, we have turned this vision into reality and become the second largest low Earth orbit satellite operator in the world,” said Neil Masterson, Chief Executive Officer (CEO) at OneWeb. “Today’s announcement is another bold step in OneWeb’s remarkable journey. It is testament to the resilience, execution and innovation of our teams, the strong demand we have seen since launching our commercial services, and the close collaboration we have forged with our partners to provide high-speed, low latency connectivity for governments, businesses, and communities. This combination accelerates our mission to deliver connectivity that will change lives at scale and create a fast growing, well-funded company which will continue to create significant value for our shareholders.”