The Fedora Project, a Red Hat sponsored and community-driven open source collaboration, has announced the general availability of Fedora 24 – the first 2016 release of the fully-open Fedora operating system. As with previous Fedora releases, Fedora 24 comprises a set of base packages that form the foundation of three distinct editions: Fedora 24 Cloud, Fedora 24 Server, and Fedora 24 Workstation.

At a foundational level, Fedora 24 now includes glibc 2.23 for better performance and improvements to POSIX compliance and GNU Compiler Collection (GCC) 6. All base packages have been rebuilt with GCC 6, “providing better code optimization across all Fedora 24 editions and improving the overall stability of each addition.” 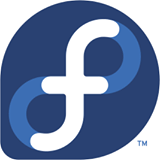 While enhanced features and bug fixes have been delivered for all editions, Fedora 24 emphasizes new tools and capabilities for developers seeking to better leverage Linux containers and orchestration technologies, like Kubernetes. This is highlighted through the inclusion of OpenShift Origin, a Kubernetes distribution for application development and deployment, with Fedora 24 Cloud to help create an overall smoother experience for Fedora Cloud users building and launching containerized applications.

Additionally, Fedora Atomic Host, based on Fedora 24 and released on a two-week schedule, includes a new developer mode. When run, the host is downloaded and automatically starts Cockpit along with tmux, making it far easier to work in the Fedora Atomic Host developer console. This also streamlines the ability to capture key session information, like the IP address and root password.

“Fedora 24 continues Fedora’s drive to provide the latest, powerful open source tools and components to a variety of end users, from developers to systems administrators,” said Matthew Miller, Fedora Project Leader. “With the addition of OpenShift Origin to Fedora 24 Cloud, Fedora users now have an additional powerful tool to not only build but also deploy and orchestrate many of the latest innovations in Linux containers.”

Top-10 Strategic Technology Trends for 2019 According to Gartner

Brisbane: A City with an Internet of Everything Digital Agenda