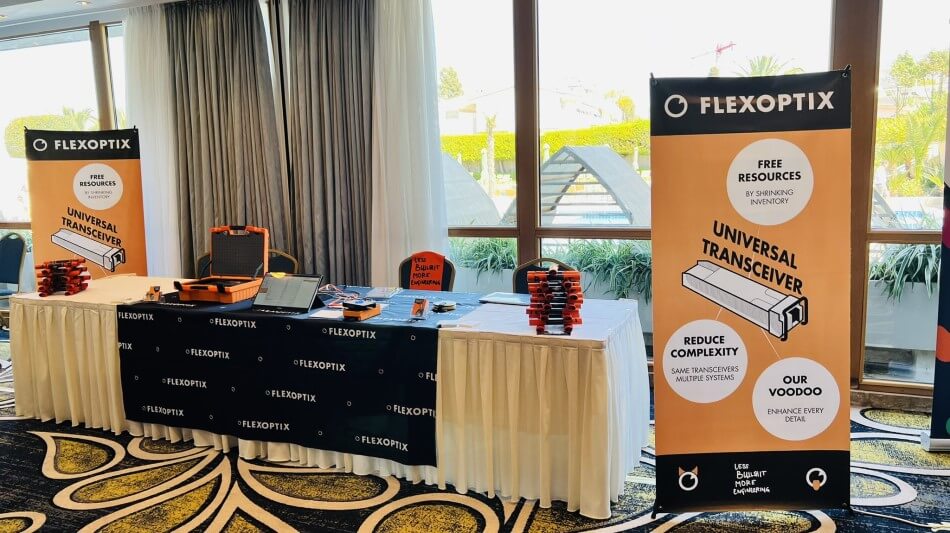 One of the world’s largest Internet Exchange (IX) operators, DE-CIX, has chosen FLEXOPTIX, a supplier of optical component technology, as their sole global supplier for universal transceivers. At all of its nearly 40 locations worldwide, DE-CIX will be utilizing the FLEXOPTIX hardware.

Moving forward, DE-CIX intends to implement FLEXOPTIX hardware at all planned and future deployments of interconnection platforms around the world. The Apollo platform from DE-CIX, which uses the FLEXOPTIX universal transceivers, helps to manage the massive and ongoing growth in Internet data traffic at all the DE-CIX locations.

“At DE-CIX, our interconnection platforms are built using hardware of the highest standards. Our clients demand top-tier performance and resilience to ensure the continuous and failsafe flow of data,” said Dr. Thomas King, Chief Technology Officer (CTO) at DE-CIX. “FLEXOPTIX has been able to consistently exceed our expectations and we are extremely satisfied with the products and performance. Their optical transceivers are adaptable to routers and switches produced by different hardware manufacturers and are thus easy to integrate into our platform. The broad portfolio of transceivers and short delivery times allow us to keep up the speed of our global expansion.”

Optical data communication at high speeds can be safely converted from electrical signals via the FLEXOPTIX universal transceivers. This would guarantee the processing and forwarding of data in both ways regardless of data rate, form factor, or host system.

“We are thrilled to further expand our collaboration with DE-CIX and see our FLEXBOX and transceivers being implemented throughout the entire global DE-CIX infrastructure. We are proud to support the world’s leading Interconnection provider with technology that just works,” said Thomas Weible, Chief Technology Officer (CTO) at FLEXOPTIX. “We look forward to continuing to grow our business alongside DE-CIX, around the globe.”

Nearly 40 Internet Exchanges are run by DE-CIX in Europe, North America, Africa, the Middle East, India, and Asia, either directly or through various forms of partnership and cooperation.

With more than 100 terabits of linked client capacity, the DE-CIX Internet Exchanges collectively comprise one of the largest neutral interconnection ecosystems in the world, next to Internet Exchanges like AMS-IX (Amsterdam), LINX (London), France-IX (Paris), and IX.br (Brazil).

IBM Bluemix Local short: The IT Architect and the Security...

LeaseWeb TechSummit Berlin – A word from the founders