In spite of the high competition, Fujitsu established itself a year ago in the global cloud hosting and services market with its plans to invest approximately $2 billion between 2014 and 2016 to achieve their ambitious cloud growth objectives. Now, the vendor is well on its way to building one of the broadest portfolios of IaaS, PaaS, SaaS and Cloud Integration Services. 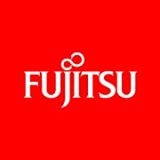 Having committed to a two-year investment of approximately $2 billion in business innovation, social innovation and strengthening global delivery capabilities, Fujitsu has been busy bringing to market new offerings, deepening its deployments, and growing its customer base.

FUJITSU Cloud Managed Hosting – This managed hosting offering enables customers to maximize their investment in Fujitsu Cloud IaaS or Private Cloud Infrastructures, without needing to manage the infrastructure and associated resources themselves, such as operating system, database, and security. This service will become available in more countries during 2014.

FUJITSU  Private Cloud Infrastructure – The choice of solutions announced in November 2013 will be broadened during 2014 with further major announcements for solutions using Fujitsu, OpenStack and VMware software technology. These will be available as integrated systems or reference architectures.

FUJITSU Cloud IaaS Private Hosted – Globally available with an 88 percent increase in capacity compared to 2012, four new data centers brought on-stream in Canada, Thailand, Spain and Portugal; as well as expansion of existing data centers in Australia, China and Finland. For 2014, Fujitsu has new IaaS Private Hosted deployments planned for two new locations in the USA (on the East and West Coast), plus additional deployments in six locations across Europe and Asia, as well as expansion in three existing geographies.

FUJITSU Cloud PaaS RunMyProcess(R) – Now rolled-out globally following the acquisition of RunMyProcess in April 2013. Through this cloud platform, Fujitsu is enabling its customers to rapidly create new connected systems that unlock the disruptive benefits of process digitization across on-premise, cloud and mobile environments.

FUJITSU Cloud Integration Platform – Pre-announced in November 2013 as Fujitsu’s approach to helping customers to manage a hybrid IT environment of cloud alongside non-cloud systems. With an Early Adopter Program underway, Fujitsu is planning to roll out the platform on a phased approach around the globe.

Many Fujitsu cloud hosting solutions and cloud services are now available globally. Pricing is project-specific and varies by region.