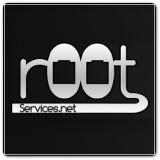 r00t-Services.net offers protection against any type of attack – from UDP and TCP floods to HTTP attacks – on websites, mail servers, Bitcoin mining pools, game servers, and more. To deliver its DDoS Mitigation services in the U.S., r00t-Services.net has placed a new PoP that is located on the East Coast.

People can stay with their hosting provider and protect their server with remote DDoS protection from r00t-Services.net without transferring any data. DDoS mitigation provided by the company takes place using hardware from RioRey and a high-performance reverse proxy cluster. As the company spokesperson noted, the new proxy systems are housed inside an Equinix colocation facility and a huge 100Gbps of upstream bandwidth is dedicated to mitigating DDoS attacks.

Web vs. Native Mobile Apps: How to Choose the Right Approach...