CloudFlare, a global CDN and DNS Provider, has deployed new Points-of-Presence (PoPs) in Auckland, New Zealand and Melbourne, Australia. Prior to these deployments traffic from all of New Zealand and Australia’s collective 23 million Internet users was routed through CloudFlare’s Sydney data center. The new network structure has multiple layers of redundancy to avoid network failure.

CloudFlare always maintains multiple layers of redundancy – from power supplies and power circuits to line cards, routing engines and network providers. Their ultimate level of redundancy however is in the ability to fail out an entire data center in favor of another.

Prior to CloudFlare’s newly established Auckland and Melbourne data center PoPs, a failure in Sydney meant a shift in traffic to the West Coast of the U.S. or Southeast Asia adding significant, and noticeable, latency to their users’ applications. 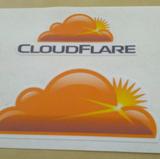 At first blush a second data center PoP in Sydney would seem to solve most imaginable failure scenarios. Then again, Sydney would neither reduce latency in the region nor localize CloudFlare’s traffic any further than it already was. The Melbourne PoP would now offer the same benefits of content localization and performance improvement for Internet users south of the border, as well as domestic redundancy in the case of a data center failure.

The Auckland data center selected by CloudFlare is the core node for most major New Zealand transit providers, allowing the global CDN provider to interconnect with nearly every provider from within the same facility. This data center also hosts a core node of the local peering exchange.

Regardless of size or platform, CloudFlare’s global CDN supercharges websites with no need to add hardware, install software, or change a line of code. More than 5 percent of global Web requests would flow through CloudFlare’s network daily. The company has offices in San Francisco, California, USA and London, UK.

How to log in to dinWorkspace using a Browser

True Stories of the Connected | Rural Healthcare in Northern Canada

The People Model and Cloud Transformation