XBT Holding, a global provider of dedicated servers, colocation, cloud, shared and VPS hosting, with more than 16,000 servers under management throughout seven subsidiaries, has announced the relocation of their headquarters from Cyprus to Luxembourg. The decision was determined by the favorable business conditions, steadily growing investments in ICT development, and facilitated equity funds. 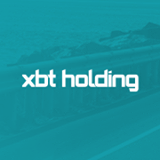 Luxembourg is a familiar territory for the holding due to their 2012 acquisition of server.lu, one of the largest hosting providers in the country. One of Luxembourg’s main benefits would be the country’s ICT infrastructure, which is continuously being developed by its government. The country ranks 5th among 72 countries worldwide on the Broadband Leadership Table and is positioned in the top ten according to the ICT Development Index (IDI).

Also, a flexible revenue system and the newly adopted Anglo-Saxon style of limited-partnership, would make for an ideal environment from which XBT Holding will be able to continue optimizing and expanding their equity funding campaign.

“We acknowledged the valuable IT resources the country has to offer and decided to relocate our headquarters,” said Rajesh Kumar Mishra, CFO of XBT Holding Ltd. “Luxembourg’s ICT infrastructure is ranked as one of the best in the world. Furthermore, we are certain that the vigorous development of the IT sector, backed by continuous influx of investments, will allow it to maintain its leading position in the future. As an additional benefit, Luxembourg not only provides easy access to equity funds but also simplifies the process of developing lasting B2B relationships.”

XBT Holding’s subsidiaries include ColocateUSA.com, Universal CDN, and Webzilla, a global provider of managed dedicated servers, cloud servers and CDN. XBT operates a worldwide proprietary network through five carrier-neutral datacenters and 13 points of presence in the United States, Europe and Asia. The network provides international connectivity with a bandwidth capacity of up to 1.5 Tbps.

Exporting a MySQL Database via phpMyAdmin