GlowHost, a web hosting provider managing dedicated servers located in 16 data centers and offering CDN services across 77 global POPs, has announced the launch of its PHP7 application delivery system – an advanced platform designed to, according to the developers, “power everything from websites and mobile to enterprises and the cloud.”

“We were particularly impressed with how various PHP frameworks performed under 7. It also tested well under a number of ecommerce platforms,” said GlowHost CEO Matthew Lundstrom. “We think this is going to translate into a noticeable increase in performance for our customers. ”

Lundstrom went on to say that GlowHost currently offers eight versions of PHP, allowing developers the versatility to select the one that works best with their web apps.

“We also offer one of the most extensive PHP module libraries available on production servers today, including FFmpeg,” added Mr. Lundstrom. 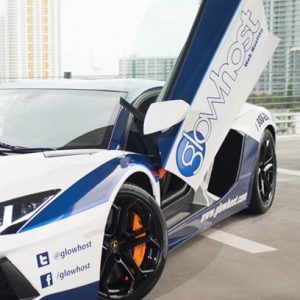 According to the developers, PHP7 with Zend Engine 3.0 provides apps with up to 2x faster performance and 50% better memory consumption over PHP 5.6. The result is the ability to serve a greater number of concurrent users without the need to add more hardware.

“We have always had the distinction of being early adopters of new technologies at GlowHost and we are excited to see how well our customers benefit from the launch of PHP7,” added Mr. Lundstrom. “The benefits really are off the charts.”

GlowHost is able to offer PHP7 on all web hosting packages. “If people migrate their sites and host them on GlowHost’s PHP7 platform they can see website performance increase by 70-80% compared to the 99% of other hosts still running PHP5,” added Lundstrom.

GlowHost hosting accounts include more than 300 popular web apps, like WordPress, Joomla and Drupal which can be installed with just a few mouse-clicks. The web hosting company offers managed hosting via dedicated servers and cloud clusters.