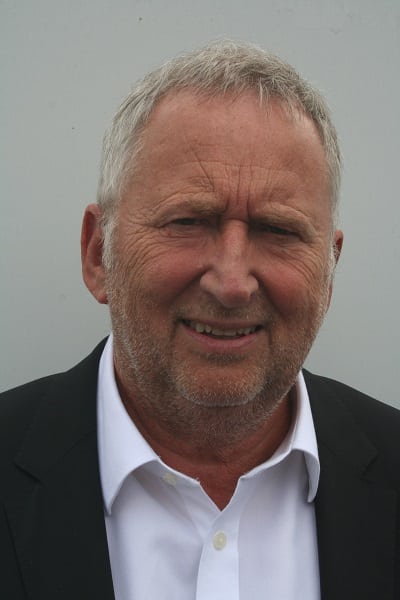 The global data center construction market accounted for $43.7 billion in 2017 and is expected to grow at a CAGR of 10.2% during the forecast period 2018 – 2025, to account for $92.9 billion in 2025, according to a recent study published by ResearchAndMarkets.com. HostingJournalist.com sat down with Peter Hannaford, founder, and CEO of international data center recruitment firm Datacenter People, based in the UK, to discuss job role fulfillment in our industry.

What are the most striking differences in data center job fulfillment between countries?

“The Internet and many of the companies providing the required infrastructure are global and have the same brands, standards and offers wherever they operate. The main differences are candidates and employment terms. Notice periods are markedly different between the U.S. (between 0 and 30 days) and, say, Germany which can be up to three months depending upon length of service. And of course, salaries, which can vary hugely between, say, India or South Africa and Switzerland.”

What data center executive job roles, C-level so to say, can be hard to fill?

“No leadership role is easy to fill. And the data center sector is relatively small, so more or less everybody knows everybody, especially at CEO/COO/CSO level. And if they don’t, they’ll have an opinion! So, increasingly we are looking outside of the established sector for top leadership roles.”

How do you know when a data center executive candidate is the right fit for a company?

“Time will tell. It’s imperative that we really get to know our client. And everybody seems to be in violent agreement that ‘culture fit’ is paramount. But not all companies are able to articulate this. And if the board is unable to do this what chance does a talent search firm like ours have of finding the right people? An organization’s culture consists of company values and the personal values, beliefs, attitudes, and behaviors that employees share and use on a daily basis in their work. It is leaders however who shape culture, so hiring the right leaders is of paramount importance to any company.

“The executive’s CV/resume alone is the least likely predictor of future success. It will tell you what the candidate has done, but not what he or she is capable of doing. You can only ever be, say, 70% sure on day 1.”

How can you shape a successful data center management team?

“Like a championship-winning football team, we look for complementary but like-minded talent with a culture which matches the rest of the team and company. But it takes a great leader with vision and a great team to be really successful. Great vision with mediocre people will only ever produce mediocre results.”

Data center operations in the U.S. can be quite different from Singapore or Europe. What does it mean for the candidates being selected?

“It’s not so much the location or the data center. It’s the client. And again, it’s the culture. The data center itself will be very similar to that operated elsewhere by the client. And the job description will very likely be the same. The only difference will be that the candidate should have experience of the local culture and customs. And language, of course, will play a part!”

How did job roles in the data center environment change over time?

“The biggest change has probably been in operations, particularly with the advent of the cloud where IT & connectivity skills have replaced electrical and mechanical engineering as those in most demand. And software, especially DCIM (Data Center Infrastructure Management, ed.), has gained importance.”

What data center job roles in general are currently hard to fill?

“Construction Project Managers are probably the most difficult given the number of projects currently live around the world and the number of suitably qualified candidates who are capable of doing the job effectively. The trick is to keep in touch with the good ones and know when they’ll becoming available.”

What changes in job roles do you expect in the coming years?

“IoT and the move towards the Edge will result in a change in job roles. And AI, which will inevitable play a huge role in reducing human error and downtime, will require new software platforms and skills to develop and manage.”

Can you share with us the most striking or interesting data center job role fulfillment you’ve experienced in your career?

“I guess one is the assignment to find a CEO for an established mega-player for a new development in Thailand. And some 2 hours by road from Bangkok! Not many experienced industry executives fitted this one. We knew someone who we thought would be a great fit. The only problem was that she lived in Curaçao, in the Caribbean, some 17,000 km away. However, we worked hard to secure a good, interesting proposal and she joined. And is still there two and a half years later doing an outstanding job!”

“The requirement to fill an urgent role for a European Sales Manager for a US Electrical Product Manufacturer. The client happened to be in London for a data center conference when we received the assignment. We were able to find a great candidate who we introduced to our client AT the conference. And he was hired straight away. Unfortunately, they’re not all like that!”

About Datacenter People and Peter Hannaford

A data center industry veteran and pioneer in the industry, Peter Hannaford sold his data center design & build company Waterfields in 2000. After that, he founded Tecnikon and patented a water-cooled server rack that was sold to APC in 2003. After this company was acquired by Schneider Electric, in 2007, Peter Hannaford was appointed Vice President for Datacenters & Alliances for EMEA. In 2010 he left to form the international data center recruitment firm, Datacenter People.

Datacenter People is a Talent Acquisition Specialist serving the data center industry worldwide, helping in the identification and engagement of hard-to-find data center professionals. Datacenter People covers the whole spectrum of the industry; from the plant room to the boardroom; from design and build to operations and management; from software developers to network professionals, as well as all those people who sell data center capacity, hosting, colocation, products, solutions or services to data center owners and operators.

Datacenter People operates through regional offices in Singapore, Miami, Dublin and its Global Research and Delivery Team in London. To learn more about Datacenter People, visit their website here.

How to get started with pre-built Azure VMs | Azure Tips...