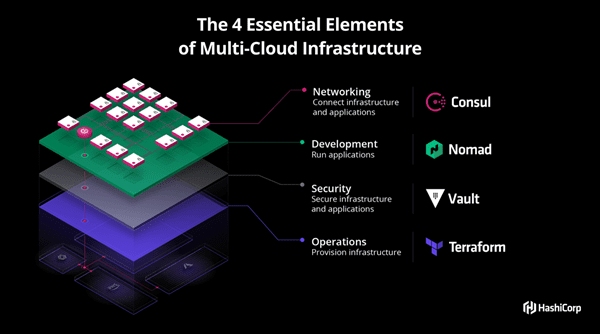 HashiCorp’s open source and commercial software offerings provide solutions for the four main components of IT infrastructure automation – provisioning, security, networking, and application runtime. As organizations navigate the transition to cloud infrastructure, all four of these areas would require new, dynamic approaches. HashiCorp software would address the needs of dynamic infrastructure with consistent workflows to provision, secure, connect, and run any infrastructure for any application.

“Since our inception, we’ve been deeply committed to enabling multi-cloud,” said Dave McJannet, CEO of HashiCorp. “Because practitioners choose technologies in the cloud era, we’ve taken an open source-first approach and partnered with the cloud providers to enable a common workflow for cloud adoption. Commercially, we view our responsibility as a strategic partner to the Global 2000 as they adopt hybrid and multi-cloud. This round of funding will help us accelerate our efforts.”

HashiCorp had 45 million downloads of its open source products in the past 12 months, up from 22 million the previous year.

“We see a profound, generational shift in the market with the move to multi-cloud architectures,” said Tom Loverro, investor at IVP. “HashiCorp is in one of the best strategic positions to take advantage of this shift, with their combination of massive open source adoption, partner endorsement, and an experienced management team to help build the next significant enterprise infrastructure software company. We are thrilled to be part of this journey along with HashiCorp.”

In the past 12 months, HashiCorp has expanded its customer support centers internationally to include locations in Amsterdam and Sofia, Bulgaria, with plans to open a Melbourne, Australia, support operation. The company grew from 130 to 320 employees.