IT departments today must simultaneously extract more efficiencies and cost savings out of the traditional systems and applications that run their business, as well as provide a foundation for the rapid creation and delivery of new services through the use of mobile, big data and cloud native technologies.

“In order to respond to the demands of the business, CIOs and IT executives need to deliver services that are increasingly application centric,” said Jed Scaramella, Research Director, IDC. “To remain relevant, IT needs to not only provide a reliable and cost-effective infrastructure that can support their legacy investments, but one that gives them the flexibility and speed to deliver services like a cloud provider.” 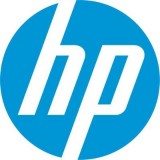 HPE Synergy physically brings together compute, storage and networking fabric, and through a single interface powered by HPE OneView, composes physical and virtual resources into any configuration for any application. As an extensible platform, it would easily enable a broad range of applications. This would be ideal for customers looking to deploy a scalable hybrid cloud environment and enable continuous DevOps.

“Market data clearly shows that a hybrid combination of traditional IT and private clouds will dominate the market over the next five years,” said Antonio Neri, Executive Vice President and General Manager of the Enterprise Group, Hewlett Packard Enterprise. “Organizations are looking to capitalize on the speed and agility of the cloud but want the reliability and security of running business critical applications in their own datacenters. With HPE Synergy, IT can deliver infrastructure as code and give businesses a cloud experience in their data center.”

How to Install a WordPress Plugin

How to manage SSL keys and certificates in WHM