HostDime, a global data center company offering an array of cloud solutions that include managed services for scalable cloud storage, dedicated servers, VPS hosting, and colocation, will break ground on a new $25 million dollar, 88,000 square foot data center facility on a five acre parcel in Orlando, Florida in Q1 of 2016.

The new HostDime facility will be less than half a mile from the current data center HostDime operates in Central Florida, a facility that’s nearing capacity. Once the data center is finished in late 2016, all new HostDime clients will be placed in the new facility. The 88,000 square-foot data center will be fully owned, operated, and occupied by HostDime. 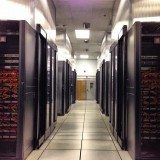 The seven-story facility includes space for all of HostDime’s 130 U.S.-based employees and three floors of data center space. The new data center building will rise 110 feet high and be visible from Interstate 4, one of Central Florida’s main roadways that connects Orlando to Tampa on the West, and to Daytona Beach on the East. The land purchase contract will close before the end of 2015.

Guests will be greeted by a three-story-high atrium at the front of the building with a grand roundabout entrance. This atrium would also house an impressive mosaic video display spanning 36 feet tall and 10 feet wide, which would be be one of the largest mosaic video walls in the world. The top floor will feature a large conference room and training center with a hybrid indoor/outdoor floor plan with approximately 3,500 square feet of outside terrace. It is designed to host national and global tech conferences for up to 200 people. Staff amenities include a game room, break room, cafeteria, quiet room, small fitness gym, and the entrance to the 2-story sports court.

Clients can take advantage of on-site executive suites for overnight visits, including full bathrooms, showers, and full-sized beds, which HostDime believes to be an industry first. Clients also have access to private client cage space, private mini data center room, on-demand client offices, and a mix of amenities that includes ultra-fast 10G internet access. The ability to stay within the data center will allow clients to save the time and expense of finding lodging in town, as well as immediate access to their equipment during their stay.

This modern age data center facility is designed to be a major peering/connection HUB for networks in the Southeastern United States and for South American companies. The facility is being engineered to meet and exceed requirements for some of the most widely known certifications such as HIPPA, PCI, SOC 2, and FISMA. The network is being designed to support over 100 gigabits of network connectivity.

The data center facility will feature a 36-foot-high warehouse storage area that clients can use at no charge for temporary storage of their equipment. There will also be various dark fiber connectivity options between this new data center and all the major facilities in Miami, so HostDime’s new facility would be a great business continuity and disaster recovery site for many South Florida businesses.

Powered By the Sun

A unique, three-tier electrical power design will allow HostDime’s data center to sustain two consecutive system failures and still be operational, making the standard N+1 redundancy a thing of the past. At its peak, the facility will also have over 10 megawatts of electric power capacity from Duke Energy. Backup generators will contain enough reserve fuel to run one week at 80% load without any commercial power available. At full capacity, the facility is designed to support 8MW of fully redundant power. Rooftops will feature solar panels in keeping with HostDime’s green initiatives; up to 25% of the facility will be powered by the sun.

HostDime.com, Inc. was founded in 2001 and incorporated in Orlando in 2003 with over 250 global employees in seven countries. The company owns and operates data centers in Orlando, Florida as well as Mexico and Brazil, with network facilities in Colombia, Hong Kong, India, the United Kingdom, and the Netherlands.

Julie is Becoming an Expert Network Engineer with CCNP

How to configure and leverage Performance Insights with RDS SQL Server

How do I resolve an address locked error when releasing an...