Eucalyptus offers AWS-compatible private and hybrid cloud architecture and open source software solution that provides developers, QA engineers, and IT operations teams with the same flexibility and agility that is usually associated with public cloud hosting environments, while simultaneously allowing IT operations teams to control costs.

The Eucalyptus private cloud platform provides self-service resources provisioning so that developers and QA engineers can procure access to the resources they need through streamlined workflow processes and get their work done quickly and efficiently.

HP expects the acquisition to close in the fourth quarter of its fiscal year 2014. Terms of the deal were not disclosed. 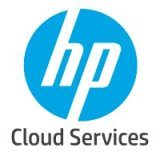 In his new role, Marten Mickos will lead the HP Cloud organization in building out the HP Helion portfolio, based on OpenStack technology. Prior to Eucalyptus, Mickos was CEO of MySQL, which he grew from a garage start-up to the company providing the second most widely used open source software in the world.

Martin Fink, who currently leads HP’s Cloud business, will remain in his roles as chief technology officer of HP and director of HP Labs, where he will focus on innovation and creating groundbreaking solutions like The Machine. Fink will also continue to lead HP’s Network Functions Virtualization (NFV) business.

“We’ve said before that we believe the future of the cloud is open source, and this transaction underscores our deep commitment to helping customers build enterprise-class, open clouds their way,” said Fink. “I’m confident that Marten, a fellow open source devotee, will continue to build out the HP Helion portfolio into the enterprise cloud offering of choice.”