With the introduction of its ‘next-generation’ ProLiant portfolio, HPE is one of the first vendors to put silicon-based security into its industry standard servers – addressing firmware attacks, which are one of the biggest threats facing enterprises and governments today. Building on this new secure foundation, HPE also announced advancements in software- defined infrastructure that would deliver new levels of agility and economic flexibility. 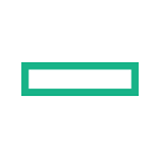 HPE’s silicon root of trust designs security directly into the iLO chip, creating an immutable fingerprint in the silicon, preventing servers from booting up unless the firmware matches the fingerprint. he new silicon root of trust protection includes “state-of-the-art” encryption and breach detection technologies and is complemented by HPE supply chain security and HPE Pointnext security assessment and protection services.

“A security breach in firmware is one of the most difficult to detect but can be one of the most damaging. Unfortunately, firmware is often overlooked in c-suite conversations about data center security, and cyber criminals are targeting this as a new attack surface,” said Patrick Moorhead, president and principal analyst of technology analyst and advisory firm Moor Insights & Strategy. “While many servers have some level of hardware security already built-in, HPE is creating firmware security inextricably tied with its custom made silicon, to help customers protect against these malicious attacks.”

These new ProLiant Gen10 servers are just one part of HPE’s new compute experience, which would also include enhancements to its software-defined infrastructure and flexible payment models. Through this new generation of capabilities powered by HPE ProLiant Gen10, customers would be able to accelerate business insights across a hybrid world of traditional IT, public and private cloud. With HPE’s pay-as-you-go options, customers can scale up or down based on their businesses’ need and only pay for what they actually use.

“Customers shouldn’t have to compromise when it comes to security, the agility of software-defined infrastructure and the flexibility of cloud economics,” said Alain Andreoli, senior vice president and general manager, Data Center Infrastructure Group, Hewlett Packard Enterprise (HPE). “With our ProLiant Gen10 portfolio, HPE is offering customers the best compute experience in the industry with unmatched security, new ways to accelerate insights and payment models that allow customers to choose options that work best for them”.

The new generation of HPE ProLiant Servers, HPE Synergy Compute Modules and HPE Converged System will be available in the summer of 2017.

Huawei Near Sale of x86 Server Division Due to U.S. Blacklisting

SaaS in the AWS Marketplace Enables ThingLogix to Grow to Next...