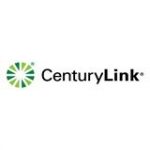 CenturyLink Cloud includes dozens of self-service features that help enterprises run their mission-critical and business applications in a public cloud hosting environment. With Hyperscale, developers can now use the same platform to launch and manage advanced cloud server-based next-generation apps.

Hyperscale combines CenturyLink Cloud’s high-performance compute with 100-percent flash storage to deliver a superior experience for web-scale architectures built on Couchbase, MongoDB and other NoSQL technologies. Users of the service would consistently see performance at or above 15,000 input/output operations per second (IOPS) for a diverse range of workloads. Hyperscale would also be ideal for big data scenario.

At the same time, CenturyLink has announced expansion plans for the CenturyLink Cloud network of public cloud hosting data centers, growing from nine to 13 locations in the first half of 2014. Starting in March, customers will be able to deploy virtual resources in Santa Clara, Calif., and Sterling, Va., with locations in Paris and the London metro market coming online in the second quarter of 2014. All CenturyLink cloud hosting services, including Hyperscale, will be available in these new locations.

Moving back and forth between batch and stream processing (Google Cloud...