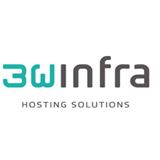 As a “pure-play” IaaS provider, 3W Infra intends to deliver infrastructural hosting services only. Therefore, 3W Infra Remote Hands is delivered on the level of racks and servers and includes the deployment, maintenance and/or troubleshooting with regards to hardware, network and cable management. The Remote Hands service may as well include component replacement and spare part inventory management. As 3W Infra is dedicated to delivering – highly customized – IaaS services in its purest form, the Remote Hands engineers won’t deliver any services with regards to the software stack.

3W Infra Remote Hands is a “data center neutral” service, which means that the engineering services can be provided in data centers wherever it is desired. It will initially be delivered to customers in need of remote hands in the Amsterdam, Netherlands region. Soon, this service will be expanded to other European Internet hubs as well, including Frankfurt (Germany) and London (UK) – depending on market demand. 3W Infra Remote Hands is being delivered through a pay-per-use model, implicating that users will only have to pay for the actual resources they use rather than paying a subscription fee.

“3W Infra has its own flagship data center located in Amsterdam, but our Remote Hands services are provided wherever it is needed,” said Roy Premchand, Managing Director of 3W Infra. “Some customers have already benefited from our Remote Hands services. These clients include companies with IT infrastructures located in Netherlands-based data centers such as EvoSwitch, Equinix and Easynet. We’re now ready for a broad roll-out.”

3W Infra has chosen to launch its Remote Hands service in the Amsterdam region first, with the London and Frankfurt regions coming up soon. Like Frankfurt and London, Amsterdam is a high-density data center area where virtually all major players within hosting, cloud and colocation have their presence.

“For those cloud services providers, systems integrators, enterprises, managed hosting firms and others lacking the hands and/or IaaS expertise in the Amsterdam area, 3W Infra Remote Hands ensures quick and knowledgeable delivery of IT infrastructural tasks,” added Mr. Premchand. “Whether scheduled or ad hoc, our early stage Remote Hands customers have noticed super fast response times 24/7. We expect to continue the fast delivery of these remote hands services in any data center a customer would like, and we hope it will add to their already customized 3W Infra experience.”

The idea for establishing the 3W Infra Remote Hands service on the world’s main Internet hubs in Amsterdam, Frankfurt and London originated from a limited amount of support tickets at the 3W Infra support desk. “Maybe it’s caused by the high quality brands we’re using or the qualities of our engineering staff deploying the equipment,” added Mr. Premchand. “ Anyway, as we had plentiful engineering support hours available for our customers, we thought we might disconnect it from the IaaS infrastructures delivered and turn it into a distinct and data center neutral Remote Hands service.”

“As all three Internet hubs are densely connected, it exerts great attraction to verticals like Online Gaming, FinTech and Big Data customers alike,” added Mr. Premchand. “These verticals tend to bring their infrastructures close to the edges of the networks, so many of them are in need of engineering hands and brains worldwide – with Amsterdam, London and Frankfurt as the main Internet hubs with an expected high demand. That’s where our Remote Hands service comes in, as it can be quite expensive for these companies to employ their own engineers locally.”

Founded in 2014 by some Internet and hosting industry veterans, 3W Infra is a pure-play Infrastructure-as-a-Service (IaaS) hosting provider headquartered in Amsterdam, the Netherlands. The company’s enterprise-grade hosting solutions – tailored to the specific needs of each customer – are engineered for scalability and cost-efficiency, with cloud-enabling services including dedicated servers, colocation, IP Transit, and high-level customer support with remote hands.

As a fast-growing company aiming for sustainable growth, 3W Infra has already 3,000 dedicated servers under management, while its global network now exceeds 160 Gigabit/sec (Gbps) of available bandwidth. 3W Infra’s customer base includes some of the largest Internet, broadcasting and cloud services companies in Europe and beyond.

ETNO: Europe Needs to Spend €300 Billion on Fiber Networks and...