A survey commissioned by X-IO Technologies, a provider of plug-and-play storage arrays, has revealed that almost half of IT users (48%) don’t believe their current storage array will work with the next generation of storage media.

The survey, of over 300 IT professionals was carried out in October 2015, and asked respondents about their current and future storage requirements.

Furthermore, more than a half (57%) of IT users expect their budgets to shrink or stay the same in 2016, suggesting any further changes to their storage might not be budgeted for. A limited IT budget was also the highest-ranking concern for 2016. 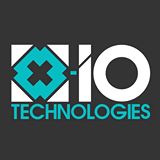 “The survey reveals the confusion that businesses are experiencing over the ever-changing storage market,” said Gavin McLaughlin VP at X-IO Technologies. “What is clear, is that companies do not have the budget to keep changing their storage arrays in an attempt to second guess the market. We’ve deliberately engineered all of our products to give companies flexibility in both media choice and implementation (SAN or SDS) methodologies. It’s also important to us to let our customers change their minds later down the line.”

The lack of importance given to storage budgets would leave storage challenges such as consistent write I.O performance, moving data to the cloud and choosing between SAN and Software-Defined amongst key concerns for 2016.

Other key findings of X-IO Technologies’ survey include:

This survey of 312 IT decision makers was commissioned by X-IO Technologies and carried out during IP Expo 2015 and VMworld Europe 2015.