According to a newly released IDC study, organizations around the world are expected to triple the adoption of modern, automated networks over the next two years. To accelerate the journey to these digital-ready networks, Cisco is introducing new technologies that would allow customers to virtualize and secure their networks.

Legacy networks would be struggling to combat sophisticated cyber-threats, or keep up with the requirements of today’s mobile workforce and their use of IoT devices and new cloud applications. According to Cisco, a new approach is required. With its Digital Network Architecture, Cisco DNA, Cisco is now ushering in a new era of networking that would rip up the playbook for how companies build and manage network infrastructure.

Cisco is introducing a new hardware platform and virtual network services to extend virtualization to branch locations, as well as a new solution that allows customers to virtualize their network perimeter and extend it to colocation data centers. 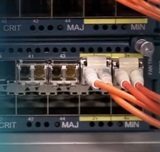 Cisco delivers software-defined segmentation across the entire network – from the network to the endpoint to the cloud – with complete application visibility. With Cisco DNA, organizations can now extend network services, like routing or security, to a diverse set of platforms across branch, campus, colocation centers and the public cloud. By decoupling hardware from software, Cisco DNA would allow for greater speed and flexibility.

Cisco also unveiled the results of a major global study into the adoption rates of digital-ready networks. Conducted by IDC and commissioned by Cisco, the research surveyed 2,054 global organizations across 10 countries to determine the digital readiness of their networks. The survey covered both mid-market and large organizations from the Australia, Canada, China, France, Germany, India, Japan, Mexico, the United Kingdom and the United States.

Key findings of the IDC study include: