CloudLinux, a developer of shared hosting operating systems (OS), has unveiled KernalCare that supports Parallels Virtuozzo Containers, making it easier to maintain high levels of security with real-time updates and ensure uptime since no re-booting is necessary. 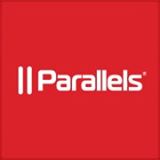 With KernelCare, patches are done automatically as soon as they become available, while the machine continues to run. KernelCare checks every four hours for updates to the Parallels Virtuozzo Containers kernel and applies those as necessary to avoid vulnerabilities. The solution loads patches using one module for efficiency with no impact on performance since updates would take only nanoseconds.

For example, on June 6 a major kernel vulnerability became known (local privilege escalation vulnerability CVE-2014-3153) forcing administrators to scramble to re-boot servers outside the regular maintenance window. However, the next day, CloudLinux released a patch – ahead of most distribution vendors releasing new kernels – so that KernelCare fixed the issue without involving administrators.

KernelCare was initially introduced one month ago. CloudLinux claims to have already sold more than 2,000 licenses of KernelCare to hosting providers and enterprises for use in their data centers.

“By taking the pain out of applying the latest kernel security updates that come out every one to two months, KernelCare is the perfect complement to Parallels Virtuozzo Containers,” said John Zanni, chief marketing officer, Parallels. “Live kernel patching without re-booting is a dream come true for administrators.”

KernelCare is available via monthly subscription. The kernel module is released under GPL2 while other components are distributed in binary-only format under license. KernelCare is now available for CentOS 6, Red Hat Enterprise Linux (RHEL) 6, CloudLinux OS 6 and OpenVZ (64-bit only). In the next six weeks, CloudLinux plans to add support for RHEL 7. And, within the next 60 days, it plans support for Debian and Ubuntu, as well as CentOS 5, RHEL 5, CloudLinux OS 5.

Founded in 2009, CloudLinux has technical expertise in kernel development while its CloudLinux OS is used on more than 18,000 servers for increased server stability and security, which would bring greater efficiency to web hosting providers. The company is headquartered in Princeton, NJ, and has its development based in Donetsk, Ukraine.