Redis Labs, the home of Redis and provider of Redis Enterprise, has secured $44 million in Series D funding. This brings the company to $86 million in total funding to date. Redis Labs has experienced a momentous first half of 2017, achieving 70 percent year-over-year revenue growth in the most recent quarter.

“This funding round is a testament to the growing market demand and adoption of the open source Redis and Redis Enterprise to power next-generation applications as real-time, ultra-responsive capabilities become mandatory,” said Ofer Bengal, CEO and co-founder at Redis Labs. “The investment will support our continued market penetration and allow us to meet the enterprise demand we’re seeing for a modern in-memory database platform across wider geographies and industry sectors.” 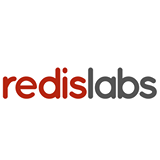 “With DRAM availability in commodity servers having grown 50 to 70 percent CAGR over the last 10 years, it makes sense that your primary operational database should be an in-memory database,” said Salil Deshpande, Managing Director at Bain Capital Ventures. “Particularly a database management system such as Redis Enterprise, which can seamlessly stitch together the DRAM, Flash, and NVRAM of hundreds of commodity servers, to allow operators to perfectly balance performance, cost, and transaction orthodoxy.”

Founded in 2011 by Ofer Bengal and Yiftach Shoolman, Redis Labs serves over 70,000 registered accounts and over 7,400 enterprise customers globally. Redis was created in 2009 by Salvatore Sanfilippo, who leads open source development at Redis Labs.

“We have seen tremendous business momentum at Redis Labs over the past few quarters,” said Ronen Nir, General Partner at Carmel Ventures. “Enterprises and developers alike are starting to unveil the huge potential in this enterprise-grade, high-performance database. The best is yet to come.”