Internet traffic volumes throughout the Middle East and Africa are growing at a rapid rate, fueled by new submarine cable systems that connect the users on the African continent and in the Middle East with Europe. The existing content that is accessed by those users lies mainly in Europe and the U.S. This growth is putting pressure on Content Delivery Networks (CDNs) to bring content closer to the edge. 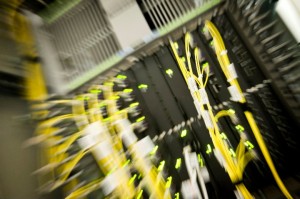 “We founded DE-CIX Palermo to develop a new hub for Middle Eastern and African networks to reach Europe,” said Harald A. Summa, CEO of DE-CIX. “There is tremendous growth happening in these regions. By creating a new hub in Palermo, the Internet experience of the end users will be improved, while networks will benefit from cost savings and better connectivity.”

DE-CIX Palermo is built on the award-winning DE-CIX Apollon platform. The Internet Exchange is located in Sicily Hub, Telecom Italia Sparkle’s data center positioned at the center of the Mediterranean. The data center facility is connected to all cable landing stations in Sicily and would be a vibrant interconnection point for the international and regional carriers that land their IP backbones in Palermo, as well for CDNs that will collocate equipment in the facility.

“DE-CIX Palermo will deliver local, regional and international players high-quality, secure and reliable access to the content and transit providers that enable the Internet to thrive,” said Alessandro Talotta, Chairman and CEO of TI Sparkle. “The presence of the most important global content players at Sicily Hub builds a rich ecosystem of multi-breed players, creating the best location for high-quality, cost-efficient public and private peering in the Mediterranean.”

Indeed, several key CDNs and content providers have already become customers of DE-CIX Palermo. Google and Limelight Networks are both connecting and preparing to peer on the new Palermo exchange, while additional networks are signing on to grow the community of interconnected and peering networks.

How to Protect Against a Cyber Attack – DDoSX®