Alcatel-Lucent’s XRS-40 system combines two XRS-20 chassis back-to-back. This will allow DE-CIX to aggregate more customers on a single edge router and to keep Internet exchange (IX) traffic local within the data center. This will also reduce the amount of traffic that needs to be routed through the Apollon core nodes, which are based on XRS-20 platforms, keeping latency low and data flow manageable in a marketplace that is growing rapidly.

This installation by DE-CIX is the first deployment of the Alcatel-Lucent XRS-40 routing system outside of North America and is designed to increase the density and scalability of the exchange, which continues to add capacity to better serve customers. DE-CIX has already added more than 80 new customers to its Apollon platform this year, with the number of exchange customers and ports growing. 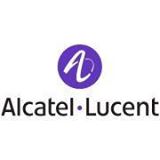 ” This is the first XRS-40 implementation in Europe, one that is designed to deliver expanded capacity, simplify management and maintain high availability for the DE-CIX team,” said Basil Alwan, president of Alcatel-Lucent’s IP Routing and Transport division. “The XRS-40 will allow DE-CIX to grow for years to come.”

The XRS-40 is highly space and power efficient. One XRS-40 currently delivers up to 160 x 100 Gigabit Ethernet (GE) ports or 1600 x 10 GE ports. DE-CIX deployed the first XRS-40 system on October 1, 2014, and will expand this setup to multiple data centers in the Frankfurt metropolitan area.

AWS re:Invent 2016: What hundreds of companies show us about how...