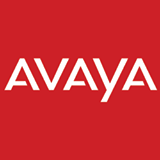 “This strategic acquisition will be another milestone in the execution of Extreme’s growth strategy and clearly establishes Extreme as the third largest competitor in our enterprise markets and the only company in the world exclusively focused on delivering the highest quality end-to-end, wired and wireless enterprise IP networking,” said Ed Meyercord, President and CEO of Extreme Networks. “The conclusion of the auction process signals a big step forward in making this transaction a reality. Avaya’s networking business complements our existing portfolio and will significantly broaden Extreme’s enterprise solutions capabilities across our vertical target markets. We are moving forward with our integration planning for both Avaya Networking and the Brocade Data Center Networking business.”

The bid of approximately $100 million is in accordance with the terms and conditions of the asset purchase agreement entered into March 7, 2017. The final agreement has been approved by the United States Bankruptcy Court for the Southern District of New York and is expected to close on or shortly after July 1, 2017.

The announcement builds on Extreme’s strategy to expand the company’s portfolio of data center, core, campus and edge networking solutions through a series of strategic acquisitions. In October 2016, the company closed its acquisition of the wireless LAN business from Zebra Technology Corporation, which is expected to generate over $115 million in annualized revenue in fiscal year 2018.