IIX Inc., a global software defined interconnection company, has acquired IX Reach Limited – a global network solutions provider and partner to leading Internet Exchange Points around the world. The financial terms of the acquisition agreement were not disclosed. At the same time, the company announced that it has secured $20 million in funding from TriplePoint Capital.

With this acquisition, the combined organizations expand their global interconnection footprint to more than 150 Points of Presence (PoP) across various regions in North America, Europe, the Middle East and Asia. The expansion will also bring IIX‘s software defined interconnection platform (SDI platform) into more markets across the globe, enabling secured and programmable direct network connections between content providers, cloud application providers and other enterprises. 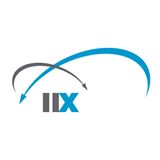 Stephen Wilcox, IX Reach’s Founder and CEO, has been appointed IIX’s President of EMEA and Chief of Global Networks. He brings more than 17 years of management experience in the technology sector to the company. Mr. Wilcox led the global expansion of IX Reach into multiple regions, including Europe, North America, the Middle East and Asia.

In addition to founding IX Reach in 2007, Mr. Wilcox previously served in various senior roles with such companies as Google, Renesys, Telecomplete and U-NET. He was also a 10-year member of the board of directors for the London Internet Exchange.

“IX Reach has become an industry leader in global interconnection solutions since being founded in 2007,” said Al Burgio, Founder and CEO of IIX. “This acquisition expands our leadership team, accelerates our global expansion and brings the IIX software defined interconnection platform to more markets worldwide.”

“TriplePoint Capital’s financing enables IIX to increase the speed of our global ecosystem expansion and bring simple, secure and programmable direct network connections between more content providers, cloud application providers and other enterprises,” added Al Burgio. “It demonstrates strong support for our software defined interconnection platform, which allows customers not only to extend their network reach across the globe but also to increase control over their networks and improve security.”

Cloud OnAir: Why APIs are products not one-off projects