Internap expects to expand its AgileSERVER 2.0 to additional international locations, including Montreal and Singapore, in the first half of 2016. 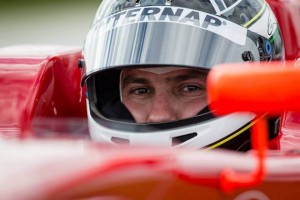 “OpenStack has become the emerging platform for innovation and digital transformation, and Internap is focused on making this adoption seamless for companies worldwide,” said Satish Hemachandran, senior vice president and general manager, cloud and hosting, Internap. “Our next generation of OpenStack-powered AgileCLOUD and AgileSERVER provides IT organizations a way to rapidly deploy a flexible public or private cloud environment using open standards and simplified management tools. This latest expansion of our OpenStack cloud footprint enables our customers to build out high-performance infrastructure environments for their applications on a global scale.”

Internap’s AgileSERVER 2.0 is built on the native OpenStack API, allowing customers to access the entire OpenStack ecosystem of tools and avoid vendor lock in. Combining the dedicated processing power of bare-metal servers with the agility of the cloud, AgileSERVER 2.0 would enable companies to achieve peak performance and on-demand scalability with the newest Intel-based single, dual and quad socket processors, and a wide range of memory options up to 1TB RAM.

For data-intensive applications demanding the highest levels of performance, customers have the option of PCI Express Non-Volatile Memory (NVMe) Storage, which would scale to 1 million IOPS and delivers “up to 10x” the performance of today’s fastest-available SSDs. New customers can purchase and instantly spin up AgileSERVER 2.0 bare-metal instances using Internap’s self-service shopping cart, and choose from monthly, hourly or per-second billing configurations.

jQuery for Total Noobs Vol. 1: #2 What We Will Learn