Internap’s contribution would provide critical infrastructure at scale to execute these tests and advance software stability and reliability. Internap is one of only four public cloud providers utilized by the OpenStack Foundation as an ‘Infrastructure Donor.’ 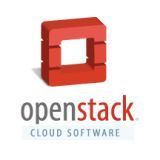 “Internap has been an important contributor to the OpenStack community since the earliest days of the project,” said Jonathan Bryce, executive director of the OpenStack Foundation. “Their most recent contribution as an Infrastructure Donor is critical to our Infrastructure Team’s work in making sure that each release of OpenStack is tested and ready. The community is grateful to contributors like Internap, who go the extra mile to help all of us create and deliver an exceptional product to all OpenStack users.”

Internap‘s OpenStack commitment, since 2010, marked a milestone with the launch of its OpenStack-based Agile 2.0 bare-metal cloud platform in October 2015. This platform combines the dedicated processing power of bare-metal servers with the agility of the cloud – along with significant hardware, networking and management advancements. This would enable companies to achieve peak application performance and on-demand scalability.

What is Pipeline as Code? | One Dev Question: Abel Wang

How to setup email forwarding in cPanel