Coriant, a global supplier of dynamic metro-to-core transport solutions, has announced the latest progress in its collaboration with Juniper Networks. The two companies have created an integrated packet transport network (IPTN), which will be demonstrated live this month at the Optical Fiber Communications Conference (OFC 2014). 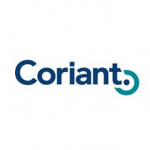 The R&D efforts of the two networking innovators have resulted in a multi-vendor line side interworking between router and DWDM system suitable for long haul (LH) transmission.

The IPTN solution is a combination of the Coriant hiT 7300 DWDM system, Coriant TransNet planning tool, and TNMS network management system with Juniper Networks MX Series and PTX Series routers. The latest interoperability test was carried out on line side interworking of PTX 100G DWDM interfaces with hiT 7300 transponders and line system. The test results would highlight new use cases in seamless packet optical networks, which now include regeneration of router interfaces and handoff between routers from different vendors, which were not previously attuned on the line side.

Coriant was founded in 2013. Following the recent merger with Tellabs, the company operates worldwide in more than 48 countries, with R&D centers in Asia, Germany, Portugal and the United States, as well as a state-of-the-art production center in Berlin, Germany. , is an industry-leading supplier of dynamic metro-to-core transport solutions.