Megaport (ASX:MP1), an Australia based company and global provider of elastic interconnection services, has signed an agreement to acquire German Internet Exchange operator PEERING GmbH which operates under the brand ECIX, based in Berlin, Germany. Megaport also announced the acquisition of OM-NIX, based in Sofia, Bulgaria.

ECIX provides services to over 180 customers throughout its 30 Points-of-Presence (PoPs) within Germany. Combined, the acquisitions of ECIX and OM-NIX represent 48 European sites.

“Europe represents a tremendous opportunity for Megaport and our acquisition of PEERING GmbH gives us depth within Germany, one of the largest economies in Europe where cloud services are forecast to grow significantly,” said Denver Maddux, CEO of Megaport. “OM-NIX has extensive reach into Eastern Europe and the Balkans region and, combining these acquisitions with the original Megaport build footprint, we now have extraordinary opportunity to extend our Elastic Interconnection across Europe.” 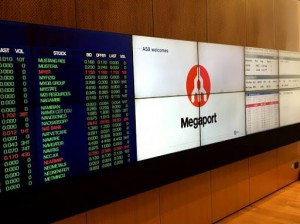 These acquisitions coincide with Megaport now officially launching its elastic interconnection platform in Europe,” added Mr. Maddox. “As foreshadowed in the IPO prospectus of December, 2015 the Megaport Elastic Fabric is now available in nine sites throughout London, Dublin, Stockholm and Amsterdam with an additional four sites due to come online in the coming weeks.”

“This service footprint will provide all our existing customers and partners cloud connection and internet exchange capabilities via Megaport Virtual Cross Connect services (VXCs) as well as Internet Exchange services,” added Mr. Maddox. “The ECIX Internet Exchange service has become one of the top IX platforms in Europe. I could not be happier to welcome ECIX and OM-NIX to the Megaport family.”