FBI Special Agent, Chris Tarbell, will appear at HostingCon Global 2016 in a Q&A session sponsored by Symantec. This former FBI Agent helped take down some of the world’s most notorious cyberhackers, including Dread Pirate Roberts of Silk Road, the online drug black market, and Sabu of Anonymous.

This year’s HostingCon Global will take place in New Orleans, July 24-26. During the Q&A session, hosted by Symantec’s Michael Klieman, Sr. Director Product Management, Website Security, Mr. Tarbell will share how you can avoid being the low-hanging fruit target for hackers. 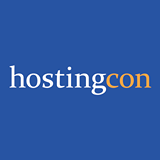 What’s more, Chris Tarbell would be a charismatic storyteller with some genuinely thrilling stories to tell. From how he applies his FBI field training to the digital sphere to his cinematic recounting of getting his hands on the hackers, Tarbell’s session promises to entertain while it educates.

Chris Tarbell’s Q&A is free to attend with a HostingCon All Access pass. At July 26, one can see Chris Tarbell in Symantec’s booth #407 starting at 2:15, then join him in conversation with Symantec‘s Michael Klieman, on stage at 3.30pm.