The Tesla M40 GPU accelerator lets researchers more quickly innovate and design new deep neural networks for each of the increasing number of applications they want to power with artificial intelligence (AI). The Tesla M4 GPU accelerator is a low-power accelerator designed to deploy these networks across the data center. The line also includes a suite of GPU-accelerated libraries.

These new hardware and software products are designed specifically to accelerate the flood of web applications that are racing to incorporate AI capabilities. Machine learning is being used to make voice recognition more accurate. It enables automatic object and scene recognition in video or photos with the ability to tag for later search. It makes possible facial recognition in videos or photos, even when the face is partially obscured. And it powers services that are aware of individual tastes and interests, which can organize schedules, deliver relevant news stories and respond to voice commands accurately and in a conversational tone. 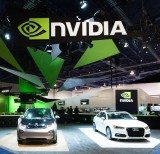 “The artificial intelligence race is on,” said Jen-Hsun Huang, co-founder and CEO of NVIDIA. “Machine learning is unquestionably one of the most important developments in computing today, on the scale of the PC, the Internet and cloud computing. Industries ranging from consumer cloud services, automotive and health care are being revolutionized as we speak. We created the Tesla hyperscale accelerator line to give machine learning a 10X boost. The time and cost savings to data centers will be significant.”

The NVIDIA hyperscale accelerator line was created to accelerate these workloads and dramatically increase the throughput of data centers. These new additions to the NVIDIA Tesla platform include:

The NVIDIA Tesla M40 GPU accelerator would allow data scientists to save days, even weeks, of time while training their deep neural networks against massive amounts of data for higher overall accuracy. Key features include: 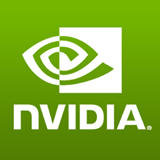