DISA has granted the company a Conditional Authority to Operate IBM Cloud services hosted at the Allegany Ballistics Laboratory (ABL) data center in West Virginia, which is owned by the Department of the Navy and leased by IBM.

The authorization defined by the Department of Defense (DoD) paves the way for DoD agencies seeking to take advantage of the innovations cloud can offer and manage sensitive data.

IBM is the first cloud provider with a direct connection to the DoD’s internal network known as the Nonsecure Internet Protocol Router Network (NIPRNet). The authorization granted by DISA will enable other DoD agencies the opportunity ultimately to streamline their authorizations by leveraging the thorough process DISA followed. 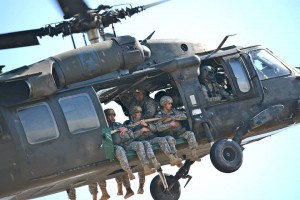 IBM Cloud will provide defense agencies with access to commercial cloud services and technology in an environment dedicated to their security needs. The “highly secure” data center at ABL would enable agencies to have dedicated environments, leverage cloud technologies, or choose a hybrid solution where they can connect existing on-premise applications with those that are ready for cloud, migrate existing applications and/or develop new ones.

“Department of Defense agencies have the opportunity to embrace commercial cloud best practices and technology with the security of a government-owned facility,” said Sam Gordy, General Manager for IBM Federal. “It will also provide DoD agencies with an ideal option to launch workloads in a hybrid cloud that can be easily integrated with their on premise systems. DoD is serving as a strong model to other cabinet level agencies in the federal government.”

As the Department of Defense continues with announced plans to move its data to the cloud, Bloomberg Government estimates that the DoD will spend nearly $4 billion in 2016 on “cloud and provisioned services” taking advantage of the security and flexibility cloud offers, and the ability for agencies to deploy new applications when and where they are needed.

To further drive innovation around cloud at the ABL facility, IBM has worked closely with the DoD, local universities including Frostburg State University, West Virginia University, Allegany College of Maryland and Potomac State College of WVU; the Greater Cumberland Committee, and others to attract and retain talent who will work on projects critical to the federal government’s cloud strategy.

Upgrading a mailbox or email forwarder