Total worldwide enterprise storage systems factory revenue was up 2.9% year over year and reached $10.8 billion in the second quarter of 2017, according to IDC’s Worldwide Quarterly Enterprise Storage Systems Tracker.

Total capacity shipments were up 16.5% year over year to 65.3 exabytes during the quarter. Revenue growth increased within the group of original design manufacturers (ODMs) that sell directly to hyperscale data centers. This portion of the market was up 73.5% year over year to $2.5 billion.

Sales of server-based storage declined 13.4% during the second quarter of 2017 and accounted for $2.9 billion in revenue. External storage systems remained the largest market segment, but the $5.3 billion in sales represented a decline of 5.4% year over year.

HPE/New H3C Group held the number 1 position within the total worldwide enterprise storage systems market, accounting for 20.1% of spending. Dell held the next position with a 18.4% share of revenue during the quarter. NetApp finished third with 6.4% market share. IBM finished in fourth position, capturing 5.2% of global spending, and Hitachi rounded out the top 5 with 3.8% market share. 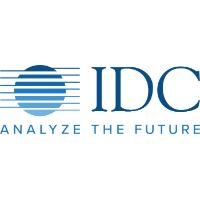 Dell was the largest external enterprise storage systems supplier during the quarter, accounting for 28.4% of worldwide revenues. NetApp finished in the number 2 position and HPE in the number 3 position with 13.0% and 11.6% of market share, respectively. IBM and Hitachi rounded out the top 5 with revenue shares of 10.1% and 7.5%, respectively.

IDC defines an Enterprise Storage System as a set of storage elements, including controllers, cables, and (in some instances) host bus adapters, associated with three or more disks. A system may be located outside of or within a server cabinet and the average cost of the disk storage systems does not include infrastructure storage hardware (i.e. switches) and non-bundled storage software.

The information in this quantitative study is based on a branded view of the enterprise storage systems sale. Revenue associated with the products to the end user is attributed to the seller (brand) of the product, not the manufacturer. Original equipment manufacturer (OEM) sales are not included in this study.

Upgrade to IBM WebSphere V9 in half the time

The Imaginative IT Roaming Reporters of #CLUS 2018

iWebFTP to Give UK Charities Free Online Hosting and Storage

How to install WHMCS from Softaculous