According to IDC’s Worldwide Quarterly Cloud IT Infrastructure Tracker, vendor revenue from sales of infrastructure products (servers, storage infrastructure, and Ethernet switches) for cloud IT, including public and private cloud, grew 21.9% year over year to $29.0 billion in 2015. Vendor revenue for the fourth quarter (4Q15) grew 15.7% to $8.2 billion.

In comparison, revenue in the traditional (non-cloud) IT infrastructure segment decreased 2.7% year over year in the fourth quarter, with declines in all three technology segments (servers, storage infrastructure and Ethernet switches).

All three technology markets showed strong year-over-year growth in both private and public cloud segments, except for storage in the public cloud, which declined 4.0% in 4Q15 on a difficult compare with a very strong quarter in the prior year. 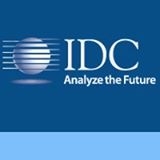 “The cloud IT infrastructure market continues to see strong double-digit growth with faster gains coming from public cloud infrastructure demand,” said Kuba Stolarski, Research Director for Computing Platforms, IDC. “End customers are modernizing their infrastructures along specific workload, performance, and TCO requirements, with a general tendency to move into 3rd Platform, next-gen technologies. Options on and off premises continue to expand, along with open platforms that enhance hybrid capabilities for a variety of use cases.”

“Public cloud as-a-service offerings also continue to mature and grow in number, allowing customers to increasingly use sophisticated, mixed strategies for their deployment profiles,” added Mr. Stolarski. “While the ice was broken a long time ago for public cloud services, the continued evolution of the enterprise IT customer means that public cloud acceptance and adoption will continue on a steady pace into the next decade.”

From a regional perspective, vendor revenue from cloud IT infrastructure sales grew fastest in Japan at 50.0% year over year in 4Q15, followed by Asia/Pacific (excluding Japan) at 38.7%, Western Europe at 30.5%, Canada at 23.5%, and the United States at 6.6%. Central and Eastern Europe declined 9.3% year over year, according to IDC’s Worldwide Quarterly Cloud IT Infrastructure Tracker as the region continues to go through political and economic turmoil, which impacts overall IT spending.

The Importance of 1G i-Temperature Transceivers for IoT and 5G