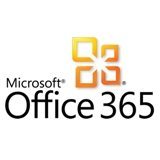 Microsoft already provides file sync and share services for Office 365 through OneDrive, which would ensure that user data is never lost, however this still does not protect files from user errors or malicious behavior such as ransomware. This is where IDrive comes in with the introduction of backup of OneDrive Office 365 data.

IDrive now has the capability of performing backups from multiple Office 365 accounts into a single IDrive account, protecting users against data loss scenarios that are not covered by Microsoft. For example, if an Office 365 file is corrupted, it will be corrupted across all synced user devices, making that file unrecoverable. With IDrive, previous versions of files are retained so users can “easily” restore and pick up where they left off.

Here’s more on how IDrive helps to protect Office 365 data:

Gartner: Worldwide Public Cloud End-User Spending Will Increase by 23% in 2021