Bare metal switches, which decouple hardware from software and offer greater agility and cost savings over traditional data center switches, will make up just under a quarter of all data center ports shipped worldwide in 2019, up from 11 percent in 2014, according to a new forecast from technology market research firm, Infonetics Research. 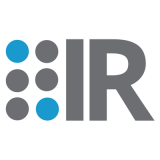 “Up till now, bare metal switching has been attractive mainly to the large cloud hosting service providers (CSPs) like Google and Amazon who provide their own switch software integrated into data center orchestration and management platforms,” said Cliff Grossner, Ph.D., directing analyst for data center, cloud and SDN at Infonetics Research, now part of IHS. “But with vendors such as Dell and HP jumping into the mix with branded bare metal switches, adoption of bare metal switching is going to accelerate as tier 2 CSPs and large enterprises endeavor to achieve the nimbleness demonstrated by Google.”

The announcement follows the news that Infonetics Research has been acquired by IHS Inc. (NYSE: IHS). Infonetics will be integrated into the IHS Technology group, which includes 10 major market coverage areas, including Automotive and Transportation; Consumer Electronics; Displays; Industrial, Security and Medical Technology; Information Technology (IT); Materials and Cost Benchmarking; Media; Power and Energy; Semiconductor and Components; and Telecommunications.