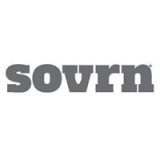 Sovrn, an advocate and partner to independent publishers who represent more than 80,000 websites, chose INAP because of its ability to deliver bare-metal cloud hosting services with automated APIs for faster provisioning of computer resources and workloads, delivering data with lower latency and error rates to publishers. INAP’s ownership of Tier 3 like data centers, where the cloud footprint is provisioned, was also a critical factor for Sovrn as they look towards their future growth platform within a highly competitive environment.

“Sovrn is looking forward to building a strong partnership with INAP,” said Jesse Demmel, CTO of Sovrn. “We chose INAP due to its excellent network performance and competitive pricing.”

INAP operates in Tier 3-type data centers in 20 metropolitan markets, primarily in North America, with 46 data centers and 85 PoPs around the world. Currently, there is approximately 950,000 square feet under lease and 500,000 of data center footprint square feet.

“INAP is pleased to be able to deliver an elastic Cloud platform to meet the global needs of Sovrn,” said Peter Bell, SVP INAP Sales. “Our ability to deliver BareMetal Cloud services with automated APIs for faster provisioning of compute resources and workloads, was very important to Sovrn, given their rapid and continued growth with publishers worldwide. INAP‘s AgileSERVER Cloud is assisting Sovrn to deliver their Meridian cross-platform content distribution with lower latency to publishers improving reliability and elasticity of the platform.”

Be Captivated by the MX800 Dual