Dyn, a Manchester, New Hampshire based Infrastructure as a Service (IaaS) provider powering managed DNS and email delivery, has announced the opening of their first Asia Pacific office in Sydney, Australia. Additionally, the company has named Martin Ryan, former CEO of MetaCDN, as Managing Director for the region. 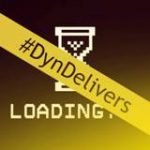 Dyn already has Points of Presence (PoPS) in Asia Pacific, in Australia, Japan, Hong Kong, India and Singapore. In fact, roughly 13 percent of overall DNS queries received by Dyn are received by those Asia Pacific servers. The company also has more than 90,000 customers, both businesses and consumers, in this region, including Drugs.com, Tokopedia, Effective Measure and Cupid Media.

Tasked with growing the new office in Australia will be Martin Ryan, a technology veteran with a long history of successfully scaling international tech companies in Asia. Ryan previously held executive positions at MetaCDN (currently a board member), MIA (acquired by Mandalay Digital), KACE (acquired by Dell) and WebCentral (acquired by Melbourne IT).

Australian client Cupid Media, an online technology company that owns and operates 35 specialized niche dating sites, with over 35 million members internationally, is quite happy with Dyn showing their commitment and investment in serving customers in this part of the world.

“It is critical that the millions of emails we send every day are hitting our customers inbox,” said Ben Snart, IT & Development manager at Cupid Media. “Dyn ensures this happens. The team of experts at Dyn are passionate about what they do and there is comfort in the fact they are constantly monitoring and working to improve our deliverability rates.”

How to make your cloud secure