The transaction provides Iron Mountain with 11 megawatts (MW) of existing data center capacity in the Metropolitan Region Amsterdam (MRA) in the Netherlands, which is 100% leased, with expansion capability of an additional 23 MW, for total potential capacity of 34 MW.

The EvoSwitch data center acquisition includes two locations in the MRA. The first is a “state-of-the-art” data center campus totaling 150,000 square feet of space with 87,000 square feet of existing data halls, representing approximately 11 MW of existing power capacity. Expansion of a further 2 MW is underway at this location, with 600 kilowatts preleased to the large cloud hosting provider, Leaseweb NL, a company part of the Ocom Group of companies which also includes EvoSwitch. This location is expandable to a total of 430,000 square feet of space that can support additional data halls totaling 14 MW, bringing the first location to 27 MW of total potential capacity.

The second location is a site that can support a 57,000 square-foot facility including 41,000 square feet of data hall development. Expansion capacity at this site can support a further 7 MW, bringing total potential capacity for the two locations to 34 MW.

EvoSwitch was founded in 2007 as part of the Ocom Group (www.ocom.com), one of Europe’s largest privately owned Internet services companies, and the first carbon-neutral colocation data center in the Netherlands. Since then it has grown continuously, reflecting the growth of the Internet in general and its customers in particular. EvoSwitch has focused on sustainable operations since its founding and had the first 100% carbon neutral data center facility in the Netherlands using wind, hydro and biomass power, consistent with Iron Mountain’s commitment to offsetting 100% of its data center carbon footprint.

Following through on its carrier-neutral proposition, it has also built up a diverse ecosystem of telecommunications carriers and network service providers that help customers establish connectivity in the Amsterdam area, in Europe and beyond. Following the sale of EvoSwitch NL, the selling entity, EvoSwitch International B.V. will remain part of the Ocom Group and will continue as a brand and data center operator, with operating companies EvoSwitch Germany GMBH and EvoSwitch USA, Inc. So, Iron Mountain has actually acquired EvoSwitch Netherlands B.V and EvoSwitch Global Services B.V. (“EvoSwitch NL”) for the amount of $235 million.

EvoSwitch’s existing data center campus in Amsterdam supports more than 50 connectivity and telecommunication providers, including world-leading Internet exchanges, such as the Amsterdam Internet Exchange AMS-IX. The MRA would be a critical node in the FLAP data center market (Frankfurt, London, Amsterdam, Paris), which totaled approximately 1160 MW at the end of 2017, according to Iron Mountain. The MRA would have experienced net absorption of more than 21 MW of space in the fourth quarter of 2017, making it the second largest data center market in Europe and a Top 5 global market. This transaction enhances Iron Mountain’s presence in the important FLAP market, following Iron Mountain’s move into London early this year through the purchase of a data center facility from Credit Suisse.

“We look forward to combining our EvoSwitch NL business with that of Iron Mountain Data Centers, which shares our commitment to customer service and operational excellence,” said Eric Boonstra, chief executive officer (CEO) of EvoSwitch. “This transaction represents an opportunity for us to extend relationships with our existing customers by providing data center expansion capacity in important continental European markets, and the potential to provide capacity in the important Amsterdam region to Iron Mountain’s legacy data center customer base.”

EvoSwitch NL has a diversified base of global customers including multinational enterprises, cloud service providers and public sector institutions. Leaseweb Netherlands B.V., (“Leaseweb NL”), a related party of the seller and a large cloud hosting company with operations in 35 countries, would represent approximately 45% of EvoSwitch NL’s contracted revenue under a 10-year lease agreement, making it one of Iron Mountain Data Centers’ Top-5 customers. No other customer would represent more than 15 percent of total revenue.

“We are pleased to welcome the EvoSwitch team and its customers to Iron Mountain. The seasoned management team has operated in the data center business for more than 11 years and delivered consistent growth,” said Mark Kidd, senior vice president and general manager, Iron Mountain Data Centers. “EvoSwitch NL’s focus on security, energy efficiency and its solid track record of continuous uptime is a great fit with our existing data center organization. When combined with current and potential capacity in Iron Mountain’s existing data center portfolio, our total portfolio now represents more than 285 MW across many of the most attractive and highest net absorption markets in the U.S. and globally.”

“Having established our significant international data center platform through both recent transactions and organic growth, we look forward to continued integration of the business, and our near-term growth will be primarily from the development of new space in the attractive global markets where we have a presence,” added Mr. Kidd.

The consideration of €205 ($235) million, represents a multiple of approximately 14x 2018 EBITDA, excluding integration expense. The purchase agreement also includes a future revenue credit to Leaseweb, in the amount of $25 million, which may be utilized for future expansion and new leasing in any of Iron Mountain Data Centers’ other global locations prior to June 2028, subject to other terms.

“We share Eric’s enthusiasm for this acquisition of EvoSwitch NL,” said Con Zwinkels founder and CEO of Leaseweb. “As a global cloud hosting company serving more than 17,500 customers worldwide, it is important for us to accommodate their growing needs. Through this transaction, Leaseweb has improved access to a broad portfolio that includes Iron Mountain’s data centers around the globe. We are pleased to be partnering with a company that has such a strong reputation for security and reliability.” 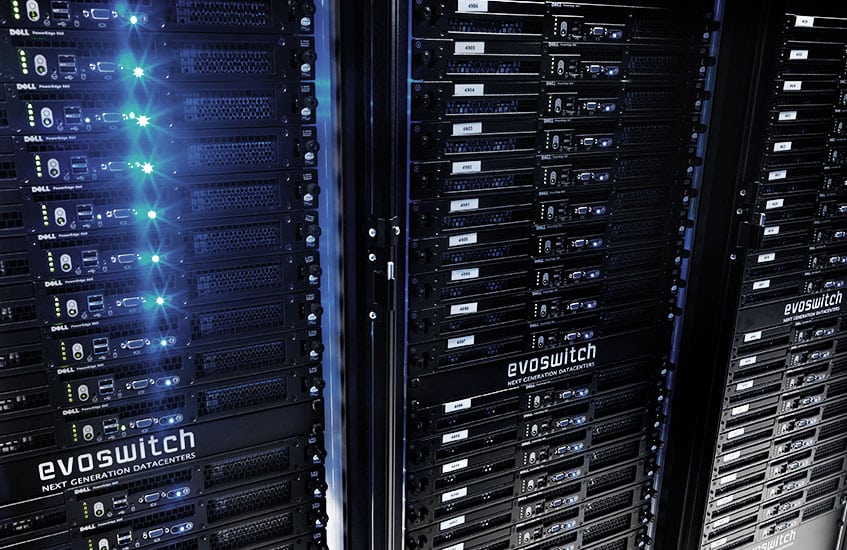 Choosing which pages to display in your Website Builder navigation menu...