The new Java API would allow for seamless integration of Kemp Technologies’ LoadMaster into existing management frameworks to drive faster time to market when updating or delivering new services. 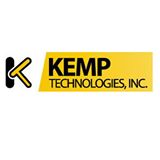 For users who have invested in a DevOps methodology, the Kemp LoadMaster can then become an element in their continuous development and deployment delivery model. A developer can use the published API specification to build a customized interface to the LoadMaster, allowing full control of the LoadMaster as an integral component of network based services.

This evolution in programmability of the Kemp LoadMaster extends its existing RESTful API and PowerShell features, allowing administration of multiple instances without manual intervention. This would reduce operational cost and complexity as customers build out their infrastructure adding new LoadMasters to existing networks, into hybrid cloud and their new agile data centers.